We haven't heard much on the Ford GT front since the supercar was first revealed back in late 2015, but Ford is grabbing headlines again today with the announcement of a new special edition model for 2020. Needless to say, these are still gorgeous machines with plenty of power to take on the best that the European marques have to offer.

First up is the new Liquid Carbon, which is downright menacing with its untainted carbon fiber bodywork, To us, this looks like something that Bruce Wayne wouldn't mind having in his personal collection while galivanting around the streets Gotham City – off-duty, of course. While there is no paint applied, Ford does apply a special clearcoat that "punctuates each GT’s unique carbon fiber weave." 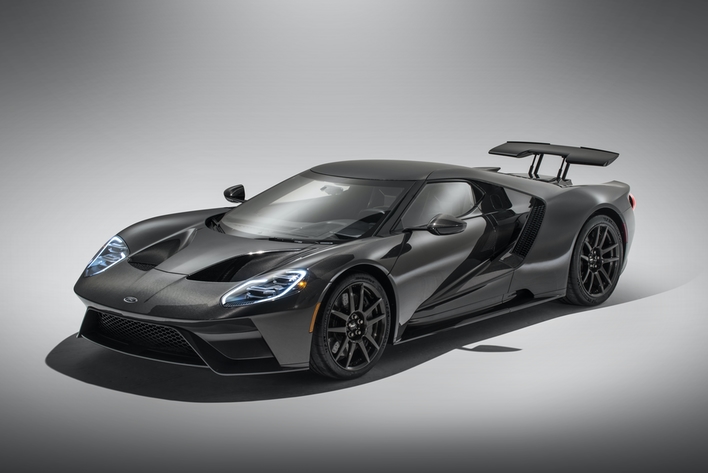 There are carbon fiber wheels included as standard equipment, and the well-heeled buyers opting for the Liquid Carbon can select lightweight titanium lugnuts and a six-point racing harness among other options.

For those that want a "classic" look for the GT, an updated version of the Gulf Racing Heritage Livery is now available. While the design is updated, the orange and blue colors are still there and carbon fiber wheels are also an option this time around. 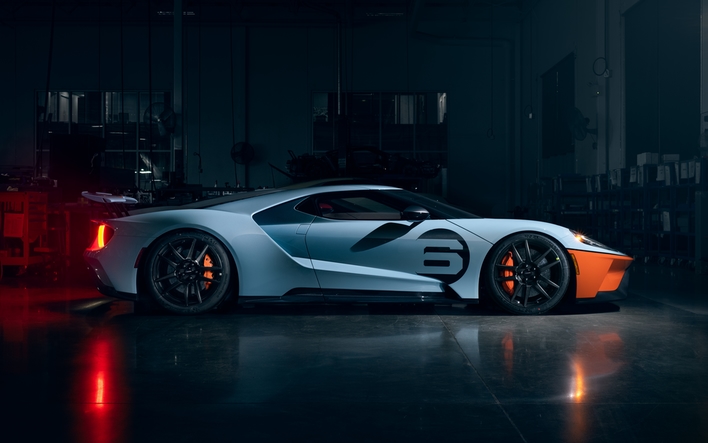 All 2020 Ford GTs gain performance improvements over the previous model, including a 13-horsepower bump for the twin-turbocharged 3.5-liter V6 EcoBoost engine, bringing the grand total to 660 horsepower. The increase was made possible thanks to revised engine calibration, higher-energy ignition coils, better engine airflow/cooling, and larger intercoolers. Ford has also added an Akrapovič titanium exhaust as standard equipment for all GT models, which lowers curb weight by 9 pounds.

According to Ford, 2020 will be the last model year for the GT, but production will extend through the year 2022. With that being said, it's nice to see the Ford GT going out with a bang.