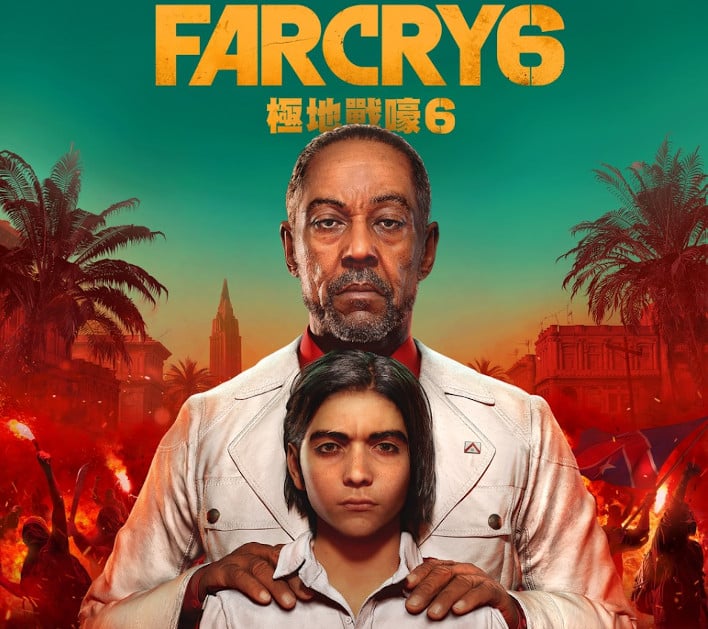 Far Cry 5 landed for PC gamers back in early 2018, and it looks as though its successor, Far Cry 6, is right around the corner. A listing for the game appeared briefly in Hong Kong's version of the Sony PlayStation Store and not only gave us a peek into the plot of the game, but also at one of the main antagonists and box art.

One of the biggest reveals is confirmation of early rumors that Giancarlo Esposito will play the primary villain in Far Cry 6. Esposito is known to most people for playing Gus Fring in the absolute masterpiece of a television show known as Breaking Bad. Esposito pulled off the terrifying but cool-under-pressure villain as the "Chicken Man"/meth drug lord, so we have no doubt that he'll be able to nail any performance that he gives in Far Cry 6.

The summary of the game reads:

Welcome to Yara, a tropical paradise frozen in time. As the dictator of Yara, Anton Castillo is intent on restoring his nation back to its former glory by any means, with his son, Diego, following in his bloody footsteps. Their ruthless oppression has ignited a revolution.

Gamers will be able to play as Dani Rohas, who is billed as "guerrilla fighter" determined to liberate his nation of Yara. As you might expect from the Far Cry series, you'll be able to fashion your own weapons and vehicles to traverse the largest Far Cry map ever created.

One other interesting nugget of information is that gamers will be able to purchase Far Cry 6 for the PlayStation 4, and will then get a free upgrade to the PlayStation 5 version when available. This is a different approach from the likes of 2K Games, which is separating the generations with its upcoming NBA 2K21, charging $59.99 for PlayStation 4/Xbox One and $69.99 for PlayStation 5/Xbox Series X. We would assume that Ubisoft's offer for a free "next-gen" upgrade will also extend for the Xbox One to Xbox Series X transition.

According to the listing, Ubisoft is set to release Far Cry 6 on February 18th 2021. We’re likely to hear more about the game this week during the Ubisoft Forward livesteam event.