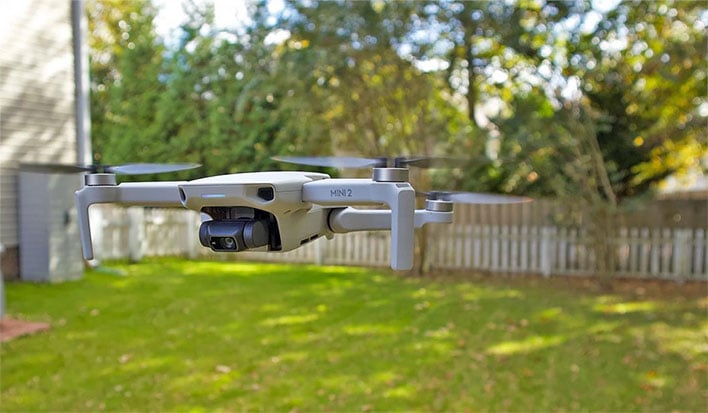 Do you own and operate a drone, or plan to? If so, be aware that the U.S. Department of Transportation's Federal Aviation Administration (FAA) is introducing some key rule changes for "Unmanned Aircraft" (UA), otherwise known as drones. They include being able to fly over people and at night under certain conditions, and having to broadcast your location at all times when using your drone.
There are obvious privacy implications for both rule changes. And they come at a time when the FAA says drones have emerged as the fastest-growing segment in all of transportation, noting that there are now over 1.7 million drone registrations, and over 200,000 FAA-certified remote pilots.
Indeed, drone usage is on the rise. Part of the reason is the ease of use, as we noted in our DJI Mini 2 review, an excellent option for beginners. Meanwhile, drones like DJI's Mavic Air 2 are easy to fly for beginners and pros alike, further underscoring just how accessible the category has become. This has prompted the FAA to take a bigger interest in how they are monitored.

"The new rules make way for the further integration of drones into our airspace by addressing safety and security concerns," FAA Administrator Steve Dickson said. "They get us closer to the day when we will more routinely see drone operations such as the delivery of packages."
Regarding the requirement to broadcast your location when flying a drone, it is part of a new "Remote ID" rule set. It requires providing identification of both the drone(s) in flight, and the control station. In other words, you have to broadcast your actual location as well, when flying a drone.
Part of what's interesting about the rule change is that not all existing drones have the capability to broadcast their location. If you own one that weighs over 0.55 pounds, you will be required to add that capability to your drone, to avoid running afoul of the rules. There is no mention of existing drones being exempt. The only alternative is fly a drone in an "FAA-Recognized Identification Area," which do not exist yet.
Meanwhile, the FAA is easing restrictions on flying drones over people and at night. This seems intended to facilitate airborne deliveries of packages by way of drones, with companies like Amazon and Walmart testing this capability.
The new rules will go into effect within the next couple of years.