Given the wild year that 2020 has been, many of us are tired of the doom and gloom dominating the airwaves and are looking forward to some positive news. For console gamers, that means the release of the Sony PlayStation 5 and the Microsoft Xbox Series X. While Sony hasn't zeroed in on the exact launch time frame for its console (other than to say late 2020), Microsoft has confirmed that the Xbox Series X will launch in November.

One thing that hasn't been revealed about either device at this time is pricing. However, the folks at Monster Energy might have tipped Microsoft's hand when it comes to the Xbox Series X. The company announced its Monster Energy contest, which is being promoted via Halo Infinite-themed cans and tie-ins (an interesting choice given that Halo Infinite has now been delayed until 2021).

But the important takeaway is that if you read the fine print for the contest, Monster claims that 200 first prizes will be awarded, with the total value of those prizes coming in at $119,998. Using our trusty calculator, that works out to $599.99. The fine print also says that winners will get both the Xbox Series X console and a copy of Halo Infinite. 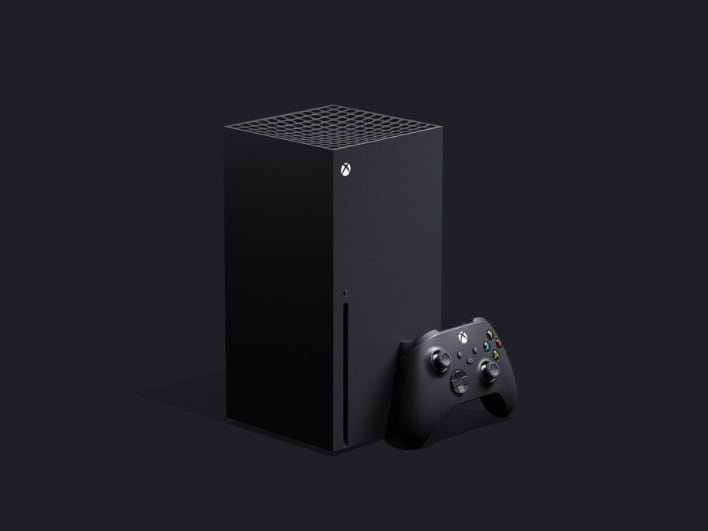 Whatever the case, these are just estimates at this time, as even Monster gives the following disclaimer in its fine print:

The Total ARV of all 1st Prizes is $119,998. The 1st Prize and its manufacturer's suggested retail price have not been released to market at the time of print of these Official Rules. Any difference between stated value and actual value will not be awarded.

In other words, don't get your hopes up. If Microsoft is really intent on launching the Xbox Series X in early November, we're hoping to get pricing for the console sometime in September or early October (at the latest). After all, we're sure that many gamers are eager to get their preorders in. And all of this pricing drama doesn't even take into account the Xbox Series S, but that's a whole new can of worms...