Rumors have been swirling for months that Microsoft was preparing to launch a cheaper next-generation console with reduced specifications compared to the Xbox Series X. Previous reporting has suggested the more affordable console would be called the Xbox Series S and might be unveiled soon. While the console's name had been rumored for a while, the packaging for this leaked next-gen controller actually confirms it. 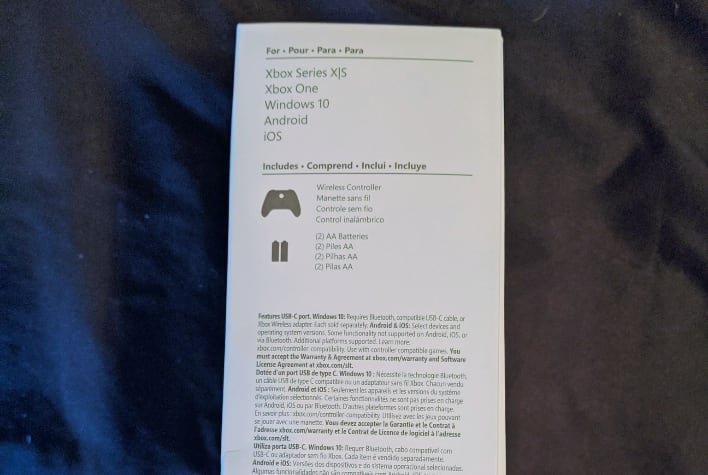 The source of the photos is a Twitter user named Zak S, who claims he purchased the controller on resale site OfferUp for $35. Zak was asked if the seller said where he got them in the thread, and no answer was given. A short video of the controller can be seen in the tweet below.

And here's a video to show that it's real pic.twitter.com/4SWl3nmsIw

The controller packaging confirms the Xbox Series X and Xbox Series S names and that it functions for both game systems. The packaging also shows that the control will work for the Xbox One, Windows 10, Android, and iOS devices. Like the existing controller, it's powered by a pair of AA batteries. 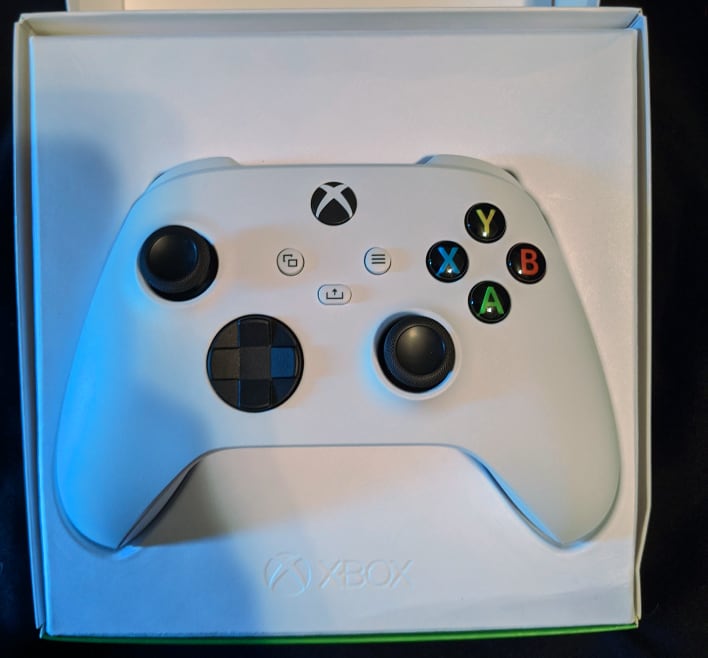 The controller features a new D-pad, textured triggers, and a new share button. It also looks identical to the Xbox wireless controller that leaked in late July. With controllers in the wild and confirmation on the packaging of support for the Series S console, Microsoft is expected to unveil the console soon. Hardware details of the console leaked back in March hinting at a 4 TFLOP AMD Radeon Navi GPU and cheaper pricing than the Series X. While Microsoft hasn't officially confirmed pricing on the Xbox Series X console, it's widely expected to land at around $500 for the Series X and about $300 for the Series S.