Destiny 2: Beyond Light has been almost solely focused on the newest location of Europa. The Season of the Hunt has taken Guardians to the Tangled Shores and Dreaming City, but most activities on older locations have been neglected by players. Additionally, much of the gear that was issued in previous seasons will sunset in upcoming seasons. This system has therefore not provided Guardians with much incentive to engage with older content. Destiny 2 developers Bungie are thankfully making a few changes to make outdated gear and activities relevant again. Destiny 2 will soon reissue the Dreaming City's Reverie Dawn armor, Moon’s Dreambane armor, and a total of eight weapons. Season 13 will also include changes to the Legend and Master Lost Sectors and vendor token system.

Get Your Hands on Reissued Dreaming City and Moon Gear

The Reverie Dawn armor will drop with high stats if it is acquired from the Shattered Throne dungeon in the Dreaming City. The Dreambane armor will also drop with high stats if obtained from the Pity of Heresy on the Moon. The Final Chest in the Pit of Heresy will no longer drop a Masterworked piece of Dreambane armor, but instead will give Guardians an armor piece with 7 armor energy and at least a +16 points in two different stats. The armor will also have higher stats overall than the previous Masterworked pieces.

The game will also reissue the weapons Waking Vigil, Sleepless, Vouchsafe, and Retold Tale from the Dreaming City and Premonition, Heretic, Blasphemer, and Apostate from the Moon. Premonition can only be received from the Pity of Heresy. The reissued weapons can roll with perks that cannot be acquired from other reward sources if they are obtained from their related dungeons. Bungie also notes that activities that drop reissued gear will be more likely to drop this gear than capped gear. The reissued weapons and armor will be available starting in Season 13. 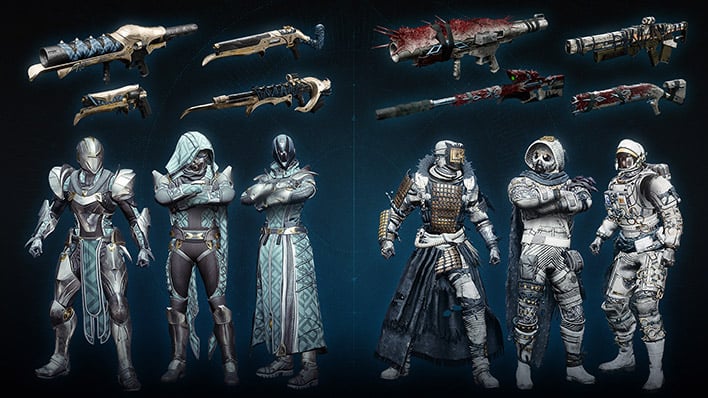 This is excellent news for Destiny 2 fans. Bungie announced this past year that weapons would begin to be “sunsetted.” “Sunsetting” means that weapons and armor in the game have a “power cap” and cannot be infused to have a higher power level after a certain amount of time. Sunsetting has pressured many players into dismantling some of their favorite gear and has decreased the number of available weapons. Many have also complained that Beyond Light and Season of the Hunt have not introduced enough new gear. To top it off, some of the new weapons have been quite lackluster. Many Guardians are fans of weapons like the Lament, but few are tripping over themselves to obtain the Season of the Hunt Friction Fire SMG or Blast Butte Grenade Launcher.

Several other changes will take place during Season 13. Bungie will expand the number of Legend and Master Lost Sectors to include K1 Logistics, K1 Communication, K1 Crew Quarters, and K1 Revelation on the Moon. This is a welcome addition. Many Guardians have thoroughly enjoyed the challenge of these new kinds of Lost Sectors and the opportunity to obtain unique Exotic armor. 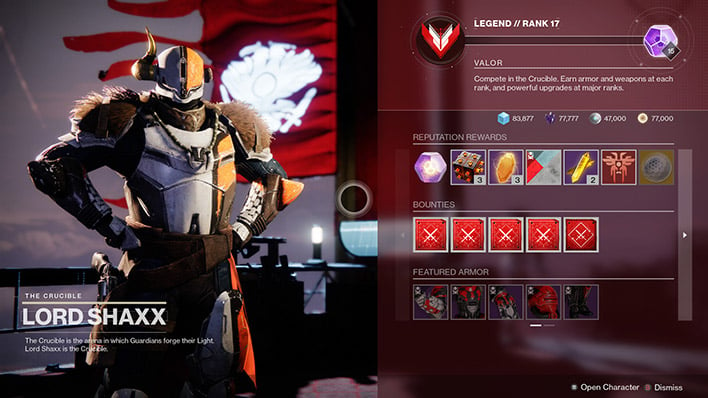 Guardians will also want to turn in their Crucible Tokens as quickly as possible. The Destiny 2 rank system for Crucible, Gambit, and Strikes will look quite a bit different as Guardians will soon no longer need to collect vendor tokens. Rank rewards will now be available on each vendor’s menu and Guardians will earn the rewards as they complete playlist activities. The rewards will be picked up from the related vendors and are as follows:
Every rank-up reward still includes a Ritual Engram and all of the above ranks will reward a Prime Ritual Engram. Players will reset their rank when they pick up their last reward and will be able to earn rewards again. This new system will apply to Gambit and Crucible during Season 13 and will be applied some time later to Strikes. The Crucible tokens will therefore no longer be relevant and will become junk in Season 13.

Bungie hopes that this new system will make it easier for players to track their progression and obtain rewards. We also think this system is preferable to the token system. Most players turn in tokens so that they can dismantle the reward gear for Legendary Shards. It is not difficult to find Legendary gear that can be dismantled in the game world. Most players therefore find themselves with a pile of vendor tokens that they only occasionally turn in. This new system appears to reward players with the materials that they really want instead of forcing them to collect vendor tokens.

What do you think of all these new Destiny 2 changes? Are you excited to take on the Shattered Throne and Pit of Heresy again? Let us know in the comments below.

Tags:  Bungie, destiny 2, destiny 2: beyond light
Show comments blog comments powered by Disqus
Follow Us:
What Are You Playing Now?