The new Destiny 2: Beyond Light expansion will be available in less than a week. The expansion was supposed to be released this past September, but was delayed until November 10th. This has allowed players to really experience all that the Season of Arrivals has to offer. However, does the Season of Arrivals have one last surprise before the new expansion launches? Many believe that an end-of-season Destiny 2 event will occur sometime this week.

This speculation is based on several bits of evidence. First, Reddit user Leopard Avenger claimed four months ago that they had found a “Calamity Protocol” emblem. This legendary emblem is reportedly from an “End of Season Event.” No one has yet to receive this emblem.

Second, a Destiny 2 puzzle site appeared last week. Some users have concluded that at least part of the puzzle counts down to November 5th. This has led many to believe that an event will either occur today an hour after “reset” or that some kind of puzzle will kick off today and be available until Destiny 2 goes offline on Monday, November 9th at 10pm EST. 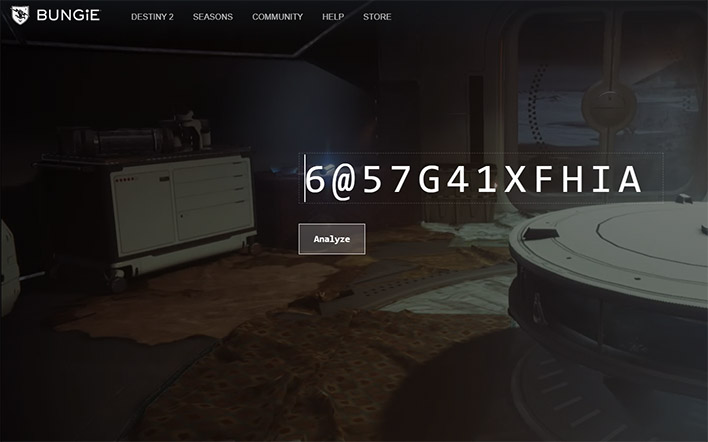 Third, there are many storylines that have yet to be resolved during this season. We know that Mars, Io, Titan, Mercury, and the Leviathan are being added to the Destiny Content Vault and will not be available to players once the expansion hits. Will we be able to see the destruction or disappearance of these locations? Players were tasked with helping to evacuate the planets and moons, but the pyramids are still hovering over them. Will the Tree of Silver Wings disappear alongside Io, or will something else significant occur? Will we witness the arrival of Ana and Rasputin to the Tower or will they merely appear there at the beginning of the next season? We also know that Eris Morn and the Drifter both head to the new in-game destination Europa and meet the Exo Stranger. Will something occur over the next week that encourages them to head to Europa?

Last, precedent has already been set with the live event that helped end the Season of the Worthy. Players gathered in the Tower the Saturday before the end of the season to watch the “Almighty” be destroyed. Parts of the Almighty crashed into the Tower and players were rewarded with the “Seraph’s Wings” emblem when they inspected the crash site.

It is also quite likely that any original end-of-season event has been scrapped due to the expansion’s delay. The delay has already impacted the gameplay in several ways. For example, players have played through the same Interference mission multiple weeks in a row. It is clear that this particular mission was intended to help end the season and set-up players for the next expansion. Regardless, it would be nice to see some kind of event to bring this chapter of Destiny 2 to a close. Keep your eyes peeled for an event over the next few days.

Updated 11/06/2020 at 2:30pm: Bungie has confirmed that there is a puzzle and a upcoming live event. At the moment, it appears that the only players who can fully participate in the puzzle must have purchased a Destiny 2: Beyond Light Collector's Edition. RaidSecrets  is actively working on solving the puzzle here. It is currently believed that the puzzle will reveal the content of the lost pages of the Clovis Bray journal that was included in the Collector's Edition.

Bungie's Luke Smith recently tweeted, "We have a small event to close out Season of Arrivals. We wanted it to be a surprise but an email accidentally mentioned it! It's nothing too crazy, just a little time to chill in the Tower before the Lights go out." There is no additional information about this event, but many theorize it will occur on Monday night before Destiny 2 goes offline.