Destiny 2 Almighty Brings A Fortnite Style Live Event, Here’s When And How To Watch

Destiny 2 Season of the Worthy appears to be going out with a bang. Destiny 2 developers Bungie will be hosting a live in-game event today called Almighty. Here is when and how to watch the Destiny 2 Almighty event.

How to Watch The Almighty Live Event

The live in-game event is today, June 6th at 1 PM EST or 10 AM PST. This is the game’s typical reset time. Lars Bakken from Bungie noted that players will want to be in the Tower at the time of the event. A Bungie community manager also remarked that players who enter the Tower before 1 PM EST should not need to restart.

Many players are surprised that Bungie is hosting a live Destiny 2 event. The developers typically prefer to add cinematic cutscenes that greet the player when they login to their account. It appears that Bungie is taking a page out of Epic's playbook and instead opting for a live event à la Fortnite. However, it is still quite likely that today’s live event may be followed by a cut scene. 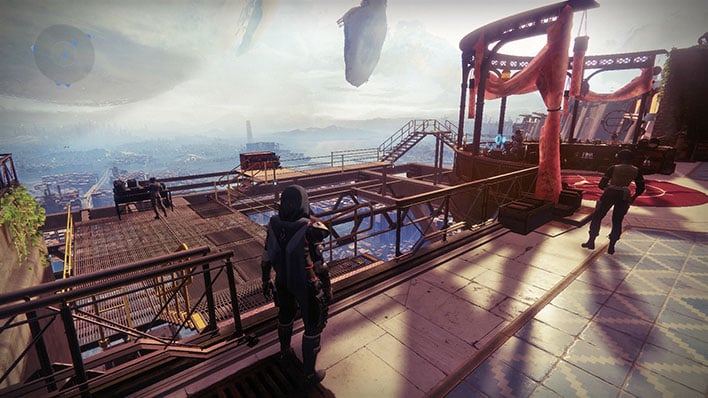 Bungie has been hinting at this live event for some time. The Almighty has been hovering above the Tower for several weeks. A few hawk-eyed players have even been able to spot it passing over the sun, as demonstrated in the below Tweet.

What Is The Destiny 2 Almighty?

At the beginning of the current season, it was revealed that a faction of Cabal planned to push the remains of the Almighty toward the “Last City” on Earth. Guardians have therefore spent the Season of the Worthy attempting to power the supercomputer Rasputin. Bungie announced in a tweet that Rasputin is powered up and it is time to “take aim” at the Almighty.

Some believe that the “Last City” will also be destroyed during the live event, while others suspect that the Last City will simply be damaged by debris from the Almighty. Some players experienced a bug a few weeks ago and were able to peek at a version of the Tower that had been at least partially damaged. Others argue, mostly jokingly, that Rasputin will miss. 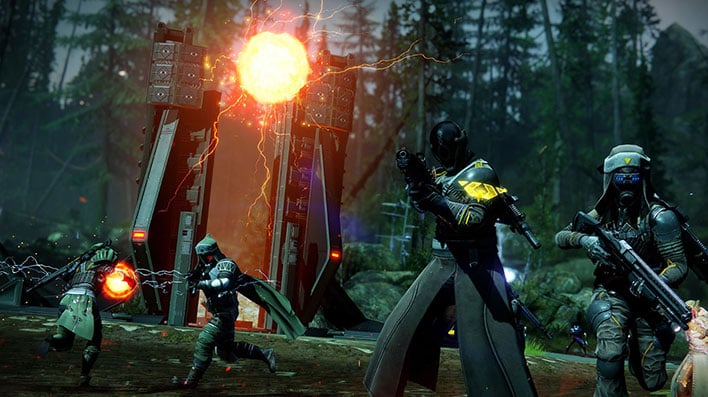 Many theorize that this live event and the upcoming season are leading to a much larger battle against the “Darkness”. A fleet of Pyramid vessels have appeared on the walls of Rasputin’s bunker. The Pyramids are closely associated with the Darkness. Each week there appear to be more of them and they are quickly heading toward our solar system. Some have even argued that the Pyramids will destroy Saturn's moon Titan.

Bungie has recently dropped two teaser trailers. One of the trailers features Eris Morn struggling through a snowy landscape and the other shows the Drifter heading toward what is likely Jupiter’s moon Europa. Both Eris Morn and the Drifter have a strong connection to the Darkness. Many anticipate that the new season will focus on preparing for the arrival of the Darkness, while the fall DLC will focus on battling the Darkness. Some have theorized that the next season may feature some sort of activity focused on the Deep Stone Crypt and/or the return of the Exo Stranger. Bungie will provide more information on June 9th at 12 PM EST or 9 AM PST, an hour before the new season officially starts.