Destiny 2: Beyond Light is set to launch today and kick off a new era of the game. Destiny 2 developers Bungie hosted a live event yesterday to end the last “year” and transition into the next expansion. The Destiny 2 live event was a nice ending, but also featured a host of frustrating issues.


Destiny 2 Live Event: Exploring the Streets of the Last City

Most players did not know that Bungie would be hosting an end-of-season live event until recently. There had been some evidence that an end-of-season event was possible, but most players did not know that the event would occur until Luke Smith of Bungie tweeted that a “small event” would close out the season. Most players guessed that the event would occur before the game went offline on Monday at 10pm EST, but it was difficult to find any confirmed time.

Players were removed from the game yesterday at 7pm and asked to download a small update. At approximately 8:30pm, some players saw a notification window that said that the player needed to investigate a disturbance in the Last City. A playable mission appeared on the map of the Tower in the same location as the quest node for the “Haunted Forest." Players were transported to the streets of the Last City and were able to explore a bit before arriving at a rooftop area facing the Traveler. Most players who entered the mission automatically received a Calamity Protocol emblem. 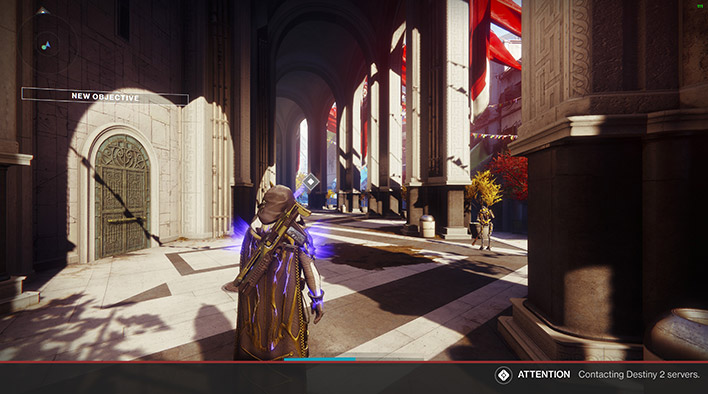 There was not much to do once players reached the rooftop area. All players received a buff that increased their movement speed and jumping height, but there was otherwise little to explore. Players began to glow and by the end of the event every player was surrounded by bubbles and waves of light energy. During most of this period, players talked to one another through the local chat and showed-off their favorite emotes.

At approximately 10pm, players heard the voice of Eris Morn over the radio. She stated that something was coming and that the Traveler appeared to be healing itself. Our Ghost noted that all the Guardians had returned to Earth to protect the people and followed up that this had not occurred since the end of the world. Eris Morn argued that the Darkness would view the Traveler’s healing as an “escalation.”

The screen then went black. Most players believed that they had been booted out of the game, but instead were treated to a cutscene. The cutscene showed the four destinations that are being vaulted being consumed by ribbons of darkness. The Traveler healed and glowed with light as the destinations disappeared.

It was unclear what players should do next. Many tried to reload into the game or access in-game locations. However, they were greeted with a message that stated “Server Offline. The Light cannot save you. Seek us out on Europa.” 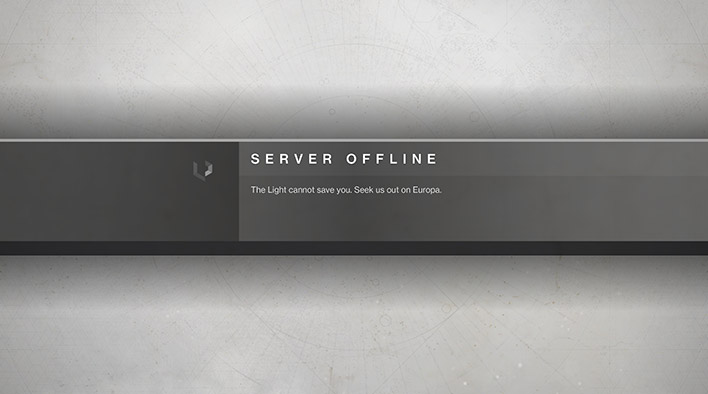 First, it would be good to see Bungie announce events earlier and provide a better idea of how long the events will take. Like the event that featured the destruction of the Almighty, there was little indication of how much time players would need to invest. Not everyone has an hour or more to dedicate to an event. This event also took place incredibly late in Europe so most European Destiny 2 players were not thrilled with the timing.

We understand that they wanted this event to be a “surprise.” However, it should be assumed in the future that most Destiny 2 players will want to participate in the live event. The comment sections on Bungie’s various Twitter posts and articles about these events all indicate that players want more warning.

Second, it was also unclear what players were meant to do. Luke Smith had tweeted that the event would provide “a little time to chill in the Tower”, but the true purpose of the mission was not revealed until much later. “BungieHelp” only tweeted that players needed to be the “Last City” to view the event fifteen minutes before the event happened. 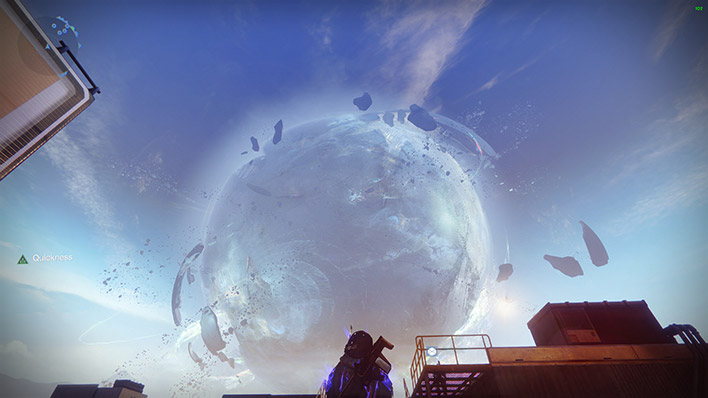 Third, most players encountered a handful of error codes and others were prevented entirely from joining the event. It took some players a few hours to launch Destiny 2 after the update hit at 7pm. Players were placed in a queue, but had no idea how long they would be in that queue. Some players never received their emblem and others were booted from the game just before the event began. Many players also did not see the notification about the mission and only found out about the mission because they clicked on the Tower map.

Overall, most players would agree that the event itself was more exciting than the destruction of the Almighty. It was neat to be able to explore even a small portion of the Lost City and to watch the changes in the map. It was also appropriate that Eris Morn would be the NPC to help close out the season. The minute or so of the actual “event” met most player’s expectations. However, Bungie will need to iron out several wrinkles if future events are to be enjoyable for all players.