Cyberpunk 2077 is notorious for game-breaking bugs and poor performance. These issues have caused the game to be unavailable to PlayStation 4 owners until recently. However, these problems do not seem to have deterred eager consumers. Cyberpunk 2077 was the most downloaded game on the PlayStation 4 during June 2021 in the United States and Europe.

Cyberpunk 2077 was pulled from the PlayStation store this past December. The game played decently on the latest consoles and on PC, but was simply a mess on the PlayStation 4 and Xbox One. CD Projekt Red (CPDR), Sony, and Microsoft all offered refunds to disgruntled consumers.

CDPR admitted that they had not spent as much time focusing on the quality of Cyberpunk 2077 as they should have. CDPR CEO Adam Kiciński remarked in a statement this past winter that “We as the Management Board were too focused on releasing the game. We underestimated the scale and complexity of the issues, we ignored the signals about the need for additional time to refine the game on the base last-gen consoles. It was the wrong approach and against our business philosophy.” 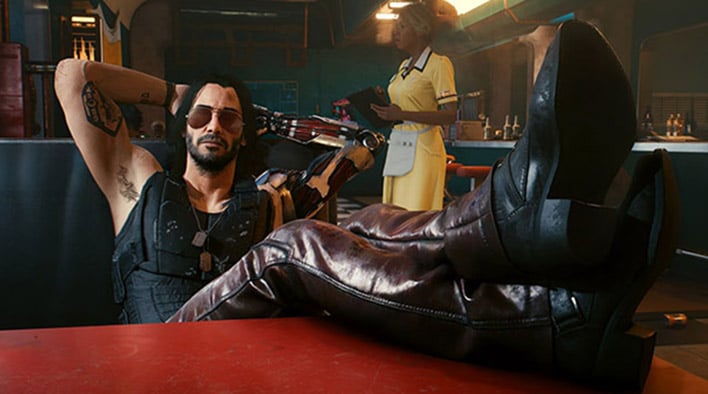 PlayStation 4 owners were therefore unable to get their hands on Cyberpunk 2077 until last month. CDPR has been working hard to fix the major bugs in the game. However, gamers were still warned in a tweet from CDPR that “Users may continue to experience some performance issues with the PS4 edition while we continue to improve stability across all platforms.” They further noted that gamers will have the best experience on the PS4 Pro or PS5. Sony also warned that the game still has “performance issues” and that they do not recommend that PS4 users purchase it.

It is therefore rather surprising that Cyberpunk 2077 performed as well as it did last month. It is particularly interesting because Cyberpunk 2077 was not even available on the PlayStation store until June 21st. Cyberpunk 2077 was therefore able to outsell other games in a little over a week. Consumers seem eager to get their hands on the game regardless of whether it still has problems.

The other best-selling games are not as shocking. Ratchet & Clank: Rift Apart, which was also released this past June, was the best selling game for the PS5 in both the United States and Europe. It was closely followed by games such as Chivalry 2, FIFA 21, and Marvel’s Spider-Man: Miles Morales. Best-selling PS4 games included oldies but goodies Grand Theft Auto V and Minecraft.