We first noticed last week that Sony would lift its PlayStation Store ban on Cyberpunk 2077. The game was booted from the PlayStation Store shortly after its release in December 2020 due to a litany of performance/gameplay issues and a plethora of bugs that made running the game on PlayStation hardware unbearable.

Today, the game reemerged on the PlayStation Store, following months of significant updates and smaller hotfixes from developer CD Projekt Red. The last big update, Patch 1.23, landed on June 17th and brought some much-needed fixes (and polish) for missions, gameplay, and overall performance.

Users may continue to experience some performance issues with the PS4 edition while we continue to improve stability across all platforms. The PS4 Pro and PS5 versions of the game will provide the best experience on PlayStation.

Despite all the improvements, Sony is still warning PlayStation 4 gamers -- specifically, gamers using the originally-released hardware. According to both Sony and CD Projekt Red, there are still performance issues that need fixing with the original PlayStation 4, and gamers will have the best experience if they have a PlayStation 4 Pro or PlayStation 5. So, while Cyberpunk 2077 may have returned for digital downloads, we'd suggest that you still try to avoid the game at all costs if you're not using one of those two newer consoles.

Cyberpunk 2077 was highly anticipated leading up to its late 2020 launch. CD Projekt Red even delayed the game multiple times to ensure that its launch went as smoothly as possible. However, there was a lot of turmoil behind the scenes during the game's development. Not enough attention was paid to ensuring that the game was playable (and looked good) on previous generation hardware like the PlayStation 4 and Xbox One. 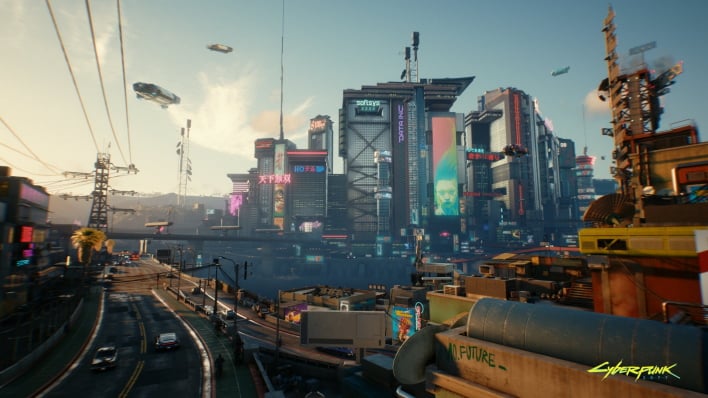 It also didn't help that all the trailers and gameplay footage were shown with Xbox Series X and PlayStation 5-class hardware, so gamers had no idea just how bad the game would look and perform on previous-generation consoles. Upon release, the backlash was immense and came swiftly. CD Projekt Red was forced to issue millions in refunds to disgruntled gamers, and it vowed to change its internal practices to avoid a situation like this in the future. In the meantime, Cyberpunk 2077's reputation has been tarnished so badly that it is easily found for just $20 versus its MSRP of $59.99.

Depending on how you want to look at things, that $20 price might be a bargain at the moment -- especially for Xbox Series X and PlayStation 5 gamers -- as CD Projekt Red promised that a next-generation update is coming for free later this year. This update will bring graphical and performance updates to the game that take full advantage of the AMD Zen 2/RDNA 2 hardware onboard.