There's no question that Cyberpunk 2077 is an incredibly demanding game that can bring even the most well-stacked systems to its knees with the resolution and all graphics settings maxed out. But while gamers on PC (with recommended hardware), PlayStation 5, and Xbox Series X can at least get decent performance and visuals out the game, those with previous-generation Xbox One and PlayStation 4 consoles have been subjected to an ugly, bug-filled mess of a game.

With this in mind, developer CD Projekt Red (CDPR) has been taking a lot of flak from the gaming community for Cyberpunk 2077 bugs, and how awful is looks on older consoles. Not surprisingly, CDPR co-CEO Adam Kiciński owned up to the difficulties that gamers have faced during a conference call [PDF transcript]. What's interesting is that even after the game was delayed a total of three times, there were significant stability and performance bugs still left on the table.

"We as the Management Board were too focused on releasing the game," Kiciński admitted. "We underestimated the scale and complexity of the issues, we ignored the signals about the need for additional time to refine the game on the base last-gen consoles. It was the wrong approach and against our business philosophy." 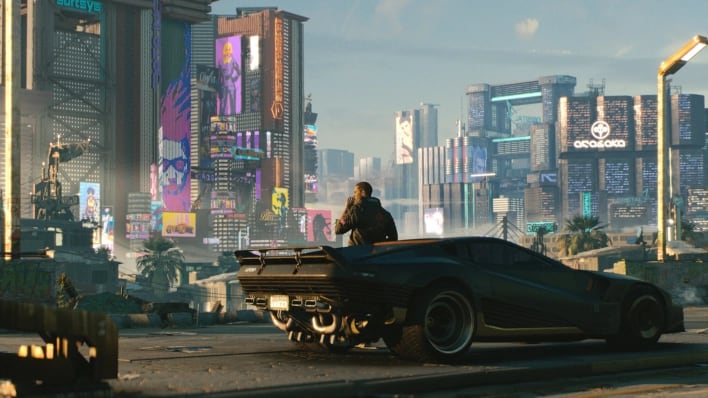 In the gaming world, that's about as close to a full mea culpa that you will get from a developer. Kiciński also admitted that CDPR in effect masked the problems that it was having on the Xbox One and PlayStation 4 by primarily showcasing the game [prior to release] on PC platforms. This extended to the reviewer copies of the game, which overwhelmingly swayed to the PC. So, in effect, Xbox One and PlayStation 4 gamers had no clear way of seeing just how bad things would be once they loaded the game up on their own systems.

"This caused the loss of gamers’ trust and the reputation that we’ve been building through a big part of our lives," Kiciński stated. "That’s why our first steps are solely focused on regaining those two things."

With respect to addressing these shortfalls on previous generation consoles, as we mentioned in our story yesterday, there are two major updates coming: one in January, and one in February. And while the updates should address most of the big outstanding issues with the game, they won't perform any miracles:

We have also stated that if your expectation is that the game is going to be equal to, say, next- gens or PC in terms of performance, that definitely isn’t going to happen. Having said that, I’m not saying it’s going to be a bad game – but if your expectations regarding, say, visuals or other performance angle, are like this, then we’re openly stating that’s not going to be the case. It will be a good, playable, stable game, without glitches and crashes, though. That’s the intention. -- Marcin Iwiński

CDPR is asking Xbox One and PlayStation 4 gamers to request refunds directly from Microsoft and Sony, or return the [physical] game to the store where thy purchased it if they are unhappy. But CDPR, of course, would prefer that you not return the game and instead stick around for the future updates.

"I sincerely hope that by Christmas gamers will be able to enjoy the game on consoles; of course the major updates will come in January and February," said Iwiński. "So, again, we humbly ask gamers to wait – and they’ll be able to have an even better experience then."