Reading that headline, you're probably already thinking: "5.2 GHz? Isn't that a lower speed than previous leaks?" Yes, it absolutely is, but there's a reason for it: the leaker is comparing the CPU directly against Intel's previous-generation Alder Lake Core i9-12900K at that same clock rate.


The tests come from a video posted up to Bilibili by creators EJ Hardware. They operate a YouTube channel too, but the new video isn't posted up over there yet, and it's all Chinese-language, anyway. In the video, EJ Hardware compares a pre-release Core i9-13900K CPU against a Core i9-12900K first at 4.9 GHz and then overclocked to 5.2 GHz.

Despite using the same Phanteks Glacier One 360-mm AIO liquid cooler for the two CPUs and the Raptor Lake chip having an additional 8 cores, the unreleased processor draws nearly 100 less watts under the AIDA64 stress test while both chips are limited to 4.9 GHz.

This disparity more or less balances out when both chips are overclocked to 5.2 GHz across their P-cores, although the Raptor Lake part is still drawing less power per core—and staying cooler while doing it, too. This could be attributable to the AIDA64 stress test not operating properly on the pre-release processor, because the next test gives us the kind of result we're expecting: 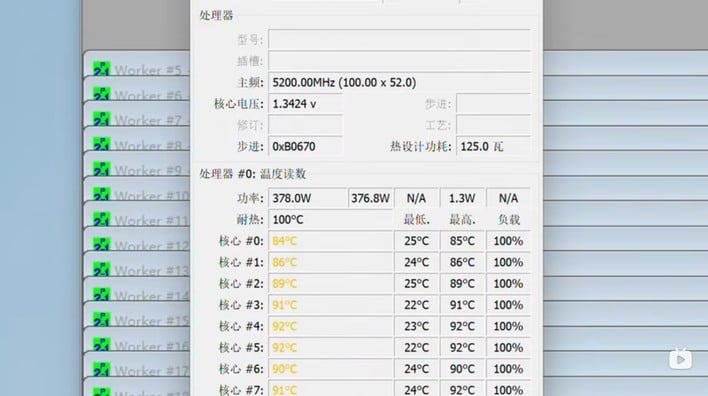 Indeed, Prime95 pushes the Raptor Lake chip to its limits, with an overall power draw of 377.9 watts at 1.34 volts. Even under a humongous 360-mm radiator, some the CPU's cores are pushing 92°C. 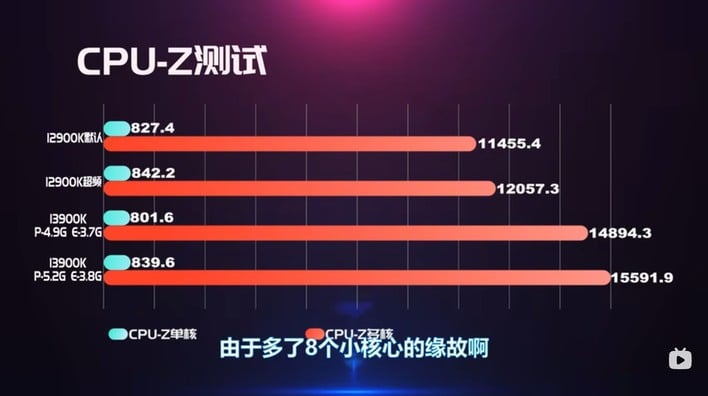 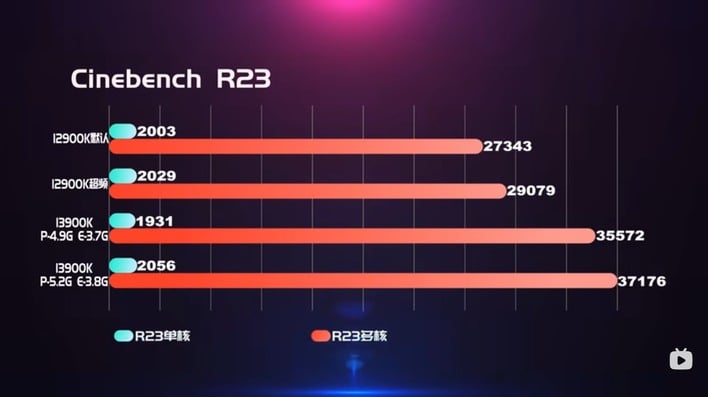 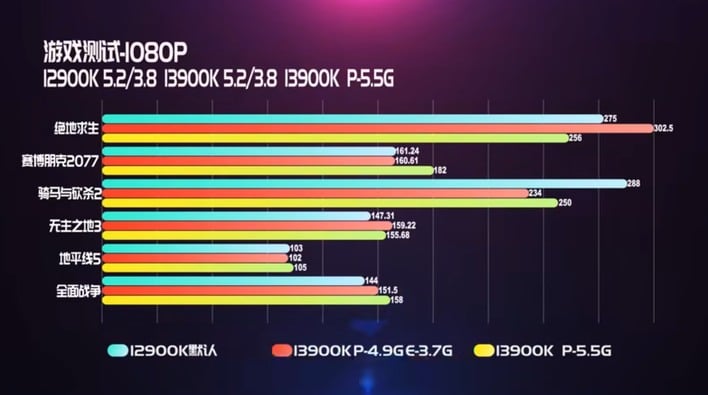 Finally, the leakers tested some games. There are clearly some anomalies here; we suspect that some of the stranger results—like the Core i9-13900K losing in Cyberpunk 2077—are down to issues of EJ Hardware's early CPU, early firmware, or possibly some idiosyncrasy that resulted from the overclocking method used.

Raptor Lake is a relatively modest change from Alder Lake, with the biggest modification in the P-cores being the increase in L2 cache capacity to 2MB. Alder Lake is already very fast, so it will be interesting to see if the small tweaks made to Raptor Cove along with a mountain of extra clock rate will be enough to keep Intel's latest ahead of AMD's finest.