Here’s How To Find The Call Of Duty: Modern Warfare Battle Royale Map 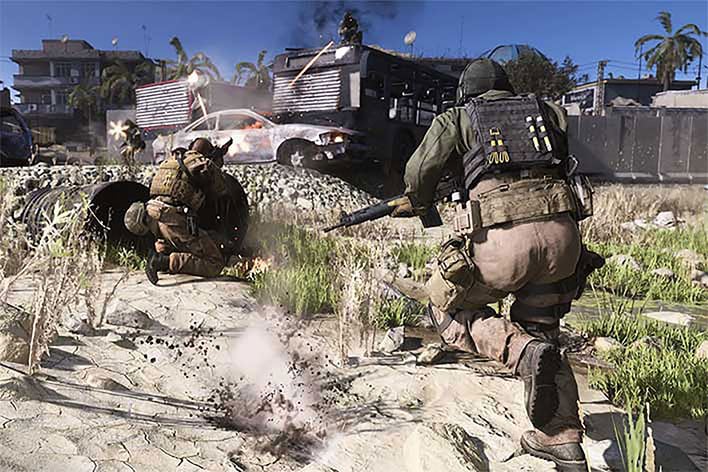 u/KingBeezoR discovered a glitch during a private match on the map “Vacant”. Once the game had started, u/KingBeezoR was able to use the spectate feature to wander around the map. They were able to explore far beyond Vacant’s typically boundaries.

The map is not fully rendered, but u/KingBeezoR was still able to explore a variety of areas. Their explorations included “Gulag”, a 1v1 prison camp. The Gulag will supposedly allow players to reenter matches and spectate the match while they wait. Players in the Gulag will also be able to place bets on the players who are fighting using “plunder”.


If you spectate in a private match on Vacant, you can explore the entire Ground War/ Battle Royale map from r/modernwarfare

Why was u/KingBeezoR able to survey such a large, unused area? Leaked aerial maps have revealed that Spec Ops and Ground War maps are actually part of a much larger, connected map. It is therefore believed that the battle royale map has been present but hidden for quite some time.

Call of Duty: Modern Warfare has experienced some setbacks since its release. The game made $600 million within the first three days of its launch, but many players have since lost interest. Developer Infinity Ward recently sent out a survey to try to figure out why gamers stopped playing. Players have complained about many issues from weapon balance to bugs.

The game has also received criticism for its “Time to Die” watch. Players were to view their assists, deaths, and kills during matches in previous Call of Duty games, but have been unable to see their kill-death ratio in Modern Warfare.They recently released a cosmetic package that included a watch that shows you this ratio. The cosmetic package costs $20 USD and many players believe that this feature should be included in the game for free.

Will the battle royale mode be enough to win back disappointed players? Only time will tell. At least at the moment, players do seem to be excited about the mode’s possibilities.