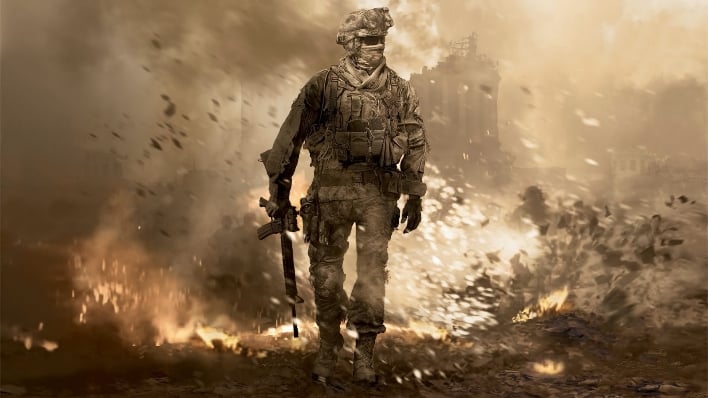 According to the listing, only the Modern Warfare 2 campaign mode is included in this remastered edition. That will be somewhat disappointing for those that were expecting to see a multiplayer component, as it was included in Call of Duty: Modern Warfare Remastered (which bowed four years ago).

Once we ran the listing through Google Translate, we can confirm that the Modern Warfare 2 campaign made has been fully "remastered with improved textures, animations, physical rendering, HDR lighting, and more." The game will weigh in at 47GB on the PlayStation 4 and will be priced at €24.99; that works out to around $30.

To go along with the leaked release date and pricing is a trailer for the game, which you can view above.

Needless to say, this is seemingly the perfect climate to release Call of Duty: Modern Warfare 2 Campaign Remastered. With most of the world on lockdown due to COVID-19, many people have turned to gaming as a way to kill time (and digital opponents).

Fortunately, most ISPs have been able to handle the increase in demand from customers that are now working and gaming from home, although companies like Microsoft and Sony have made specific optimizations for their cloud platforms to help alleviate the strain. In the case of Sony, it is slowing down maximum download speeds for game download and updates.