COVID-19 Hasn’t Been A Doomsday For ISPs, So Can We Please Drop Data Caps Forever? 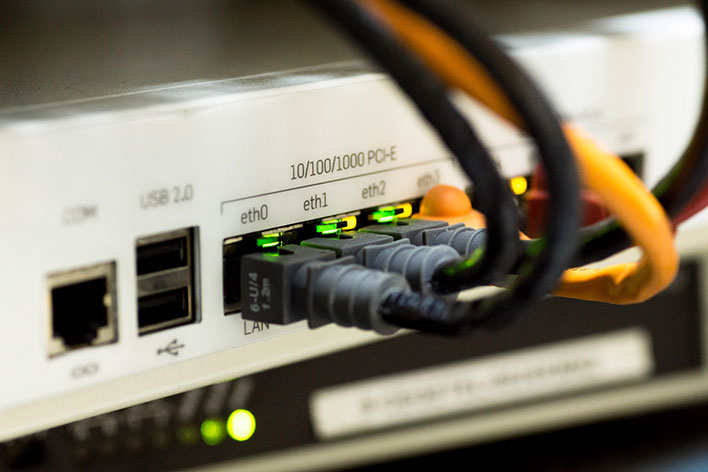 Let me come right out and say exactly how I feel—data caps are a load of horse manure. Yes, I know, in theory they prevent the Internet from buckling from a handful of abusers, so that we can all enjoy access to a vital resource. But in practice, I'd argue they are unnecessary. Need proof? Take the current situation in which more people than ever are either telecommuting, or stuck at home. Despite the uptick in usage because of the coronavirus pandemic, the Internet has not buckled.

I'm old enough to remember when the Internet was not a thing (not like today, anyway), and when dial-up access was metered in allotted minutes. It feels like we are in a similar situation today, only instead of arbitrary time constraints imposed by ISPs, we have data caps. Going over can mean slower speeds and/or added fees.
Over at The Wall Street Journal, there is an interesting article on how the influx of people working at home during the current Covid-19 outbreak has not broken the Internet. It contains some interesting numbers. For example, data from OpenVault indicates that broadband consumption between the hours of 9:00 am  to 5:00 pm has risen more than 50 percent since January. Meanwhile, usage during peak hours in the early evening are up 20 percent.
The broadband data company also estimates that Americans, on average, will increase data usage to nearly 400 gigabytes per month, which is up almost 11 percent compared to the previous monthly record.
In short, the Internet is, in a sense, being tested right now, and it is passing. That is not to say there have not been some side effects. Netflix, YouTube, and other streaming services have temporarily reduced the quality of streams in Europe, and you may have noticed that some feeds buffer a bit more often. But the Internet still stands during these unique times.

To their credit, some ISPs have indeed temporarily lifted their data caps while all this is happening. And if they can do that during a pandemic like this one, then why not all the time? According to WSJ, some ISPs even joked that Internet usage during the Covid-19 outbreak still doesn't compare to the uptick they see during the Super Bowl, or highly anticipated viewing events like the season finale of HBO's Game of Thrones.
It's time, ISPs—ditch the data caps for good. Perhaps the Coronavirus will be the driving force for ISPs to go that route.