Ghoulish Call Of Duty: Black Ops Zombies Reveal Trailer Is The Tainted Love We Need In 2020 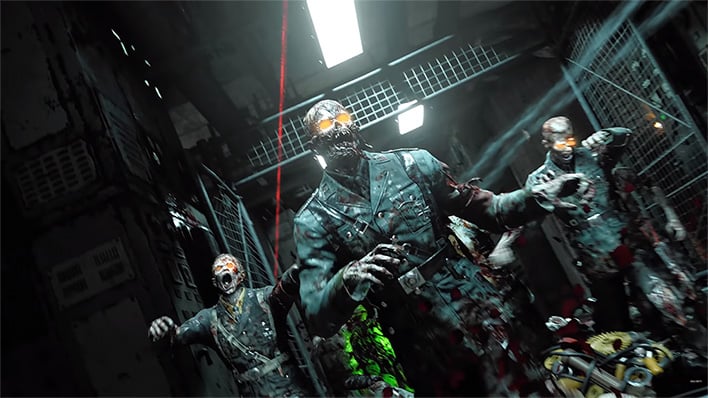 This might be the all time jinx, but about the only thing that has not occurred in 2020 so far is a real-life zombie outbreak (knock on wood). Would you really be surprised if it happened at this point, though? Neither would we. Be that as it may, zombies are coming, but to Call of Duty: Black Ops Cold War sometime after it launches next month.
This was all but a foregone conclusion, considering the popular game mode has been a staple of the Call of Duty franchise for over a decade. It dates back to Call of Duty: World at War from 2008, followed by the Call of Duty: Zombies spinoff a year later. And as expected, there will be a zombies mode in Call of Duty: Black Ops Cold War, with Activision sharing a reveal trailer. Take a few minutes watch it below (NSFW due to language at the end) and you will understand why this is the Tainted Love we need right now...

"Black Ops Cold War Zombies is set to take veterans and newcomers alike on a bold and terrifying journey that expands on an iconic part of the Call of Duty franchise. This co-op mode includes new ways to progress, classic Perks, and an arsenal of Cold War-era Zombies weaponry that will help survivors dominate the legions of undead," Activision explains.
For the first time ever, players will be able to form squads in Zombies across platforms and generations. So if you decide to buy an Xbox Series X and your buddy buys a PlayStation 5, you can still join each other in co-op. Activision also says that players will advance the Battle Pass with time played in Zombies, as added incentive to jump in.
Each weapon will have an associated rarity, and the higher the rarity, the more damage it doles out. And there will be support weapons like grenade launchers, sentry turrets, and explosive bows, as well as chopper gunners to mow through zombies. Fans will also experience classic perks like Juggernog and Speed Cola, Activision confirmed.
Call of Duty: Black Ops Cold War launches on November 13. An early access open beta will commence next week on October 8, first on the PlayStation 4.