We were told the Xbox Series X and Xbox Series S would usher in a new era of gaming, run much faster than the previous generation, virtually eliminate load times, enable more expansive worlds, and bring about world peace! Okay, maybe not that last one. But the rest have all been hyped time and again. Will they deliver? We will find out in due time, but ahead of the upcoming launch, some early testing gives us a sneak peek at what is to come.
From my own perspective, the most exciting thing about the Xbox Series X/S is the Velocity architecture. Sure, I am as excited as any geek about the console's guts consisting of custom AMD silicon based on its Zen 2 CPU and RDNA 2 GPU architectures, with hardware support for real-time ray tracing to boot. But is the storage I am most looking forward to.
To quickly recap, this new generation of consoles (including the PlayStation 5) will FINALLY kick the comparatively slow-as-molasses mechanical hard disk drive (HDD) to the curb and adopt fast solid state drive (SSD) storage. This has been a staple of PC gaming for several years now, and in a couple of months, dedicated consoles will make the leap. 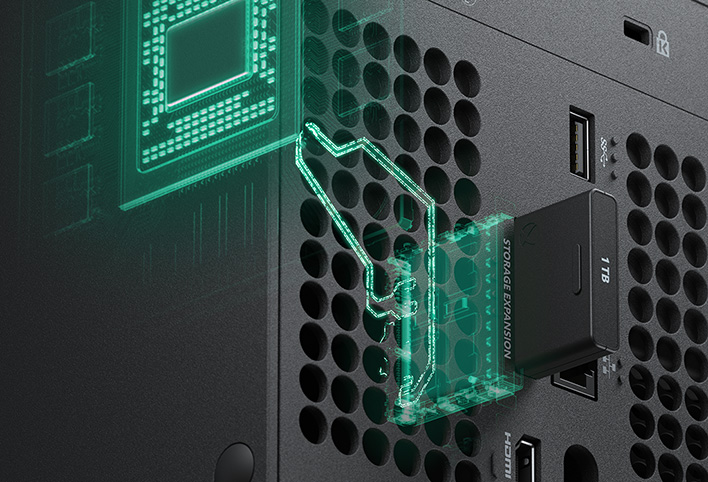 That is not all, though. Microsoft and Sony are not just making the shift to SSD storage, they both are using speedy PCI Express 4.0 solutions, and giving developers architectural tools to fully leverage them. That has not been the case on PC, though it will be soon, with Microsoft releasing its DirectStorage API for Windows (it's based on the Velocity architecture in the Xbox Series X/S).
I do not game a ton on console, but I do play some. In particular, I am a fan of the NBA 2K series (minus the heavy emphasis on virtual currency and the associated grind). One thing I have always despised is the in-game transitions. Like when going up to your player's apartment, the elevator animation drags on, because the game is loading assets in the background. In a perfect world (or in MY ideal world), it would be an instant transition.
Time will tell if that comes to pass. In the meantime, Tom Warren at The Verge has spent a couple of weeks with the Xbox Series X testing load times and overall performance. After doing so, Warren says switching back to a current generation Xbox One X feels like "going from cable Internet back to the days of a 56k modem." For those of you not old enough to know what that feels like, it's slow. As in, a snail walking across a strip of double-side tape.
That said, Warren did not see instant load times in the games he tested. However, he did see significantly faster loads in some cases, like The Outer World dropping from 27 seconds on the Xbox One X to just 6 seconds on the Xbox Series X. 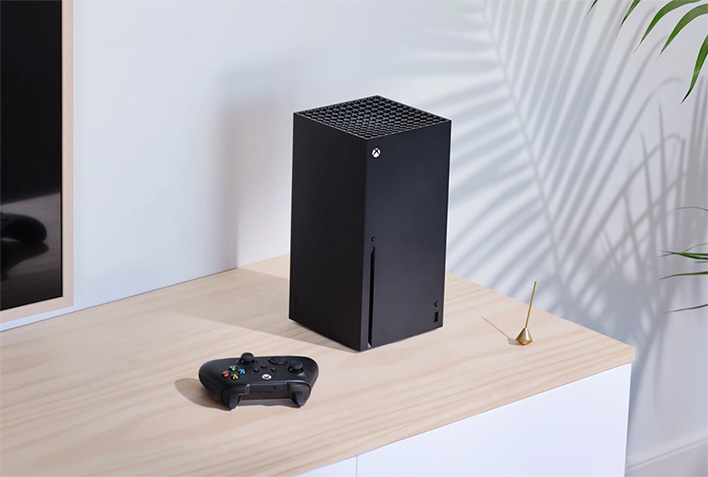 Some games still took a bit, even if they were faster. Here is a rundown...
At first glance, the prospect of waiting up to a minute or longer in some games on the Xbox Series X is disappointing, given all the hype and potential of the storage scheme. But do not be too discouraged. It is worth noting that none of those titles have been optimized for the Xbox Series X. Instead, they demonstrate the improvement in load times through background compatibility, simply from the newer hardware.
Warren also says "in many cases they also feel a lot smoother," which I assume to mean they are hitting higher framerates. In addition, he points to "near instant" access in certain parts of games that would take a few seconds on the Xbox One X, like the character menu in Destiny 2. The Quick Resume feature seems to work well, too.

So the potential is there for the Xbox Series X to knock it out of the park. The real test, however, will be with next-gen games that are fully optimized for the console. Might we see instant load times and more expansive worlds? I certainly hope so.