With the official launch of Windows 11 just a few months away, PC enthusiasts are eager to ensure that their hardware is up to the task of running the next-generation operating system. ASUS gave us a preliminary list of Trusted Platform Module (TPM) 2.0-enabled motherboards that support Windows 11 in July, and the company this week followed up with a more comprehensive list along with compatible BIOS updates. 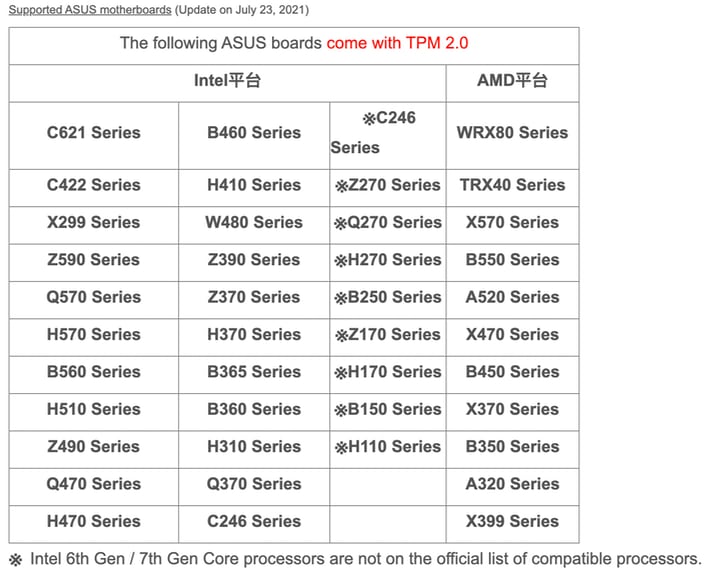 TPM 2.0 was first introduced in 2015, and ASUS motherboards fully embraced the security standard. However, not all motherboards come with TPM 2.0 enabled by default. Doing so in most cases is accomplished by quickly flipping on a setting in BIOS. You can see the complete list of supported Intel and AMD chipsets here.

Visiting this page will give you a list of all ASUS motherboards with TPM 2.0 support. It will also provide the status of the Windows 11-compatible firmware. Most motherboards have download links for the updated BIOS already active, but some models still say "Under Testing." 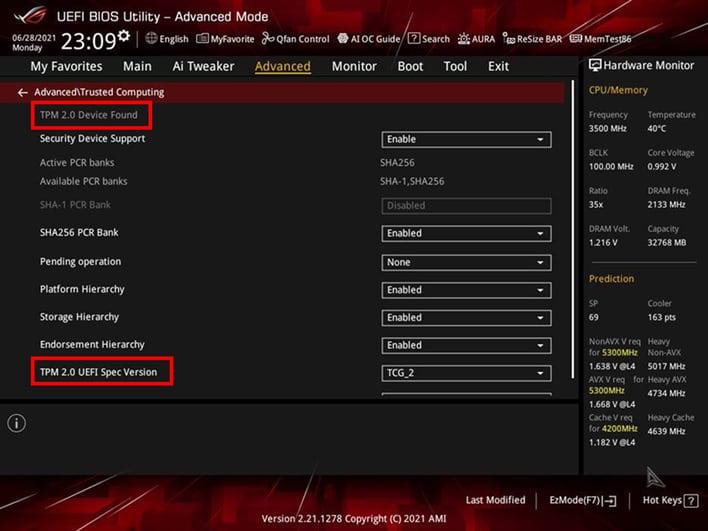 We should mention that a compatible motherboard with TPM 2.0 support is just a small part of the equation for supporting Windows 11. You'll also need to make sure that your hardware meets these thresholds:

According to the latest reports, Windows 11 will launch with new systems in late October. Upgrades for existing Windows 10 systems will be available during the first half of 2022.