These ASUS, Biostar, Gigabyte, MSI Motherboards Are Ready To Roll With Windows 11 And TPM 2.0

Microsoft may have needlessly stressed a lot of people out when it released its PC Health Check app, which was designed to help determine a system's compatibility for running Windows 11. Seemingly capable PCs could (and did) fail the test because of a Trusted Module Platform (TPM 2.0) requirement, even though in many cases, it just boils down to a simple BIOS setting. And to that end, several motherboard makers have responded to the situation by announcing which models support Windows 11. There are a lot that do (more on that in a moment).

TPM is an added layer of security, and Microsoft has decided to require it for Windows 11. There are dedicated TPM chips you can install on some motherboards, but it is probably not necessary. That's because a lot of AMD and Intel processors have TPM support baked into the actual silicon—Intel began doing this as far back as 2013.
However, most motherboards disable TPM by default in the BIOS, hence why modern systems were failing the test left and right. I went through this myself, with a recently purchased PC similar to the Falcon Northwest Talon we recently reviewed, which is based on an Intel Z590 chipset and Rocket Lake processor. The fix? Enter the BIOS and enable TPM (on Intel systems, it's typically labeled as PTT).
Not everyone is aware of this, and scalpers have taken advantage of the situation by buying up a bunch of TPM chips and selling them at big markups on eBay. Perhaps partly for that reason, Microsoft has taken its PC Health Check app offline, with plans of making it available again closer to when Windows 11 starts shipping.
In any event, the situation is confusing, and motherboard makers are hoping to clear things by addressing it head on. 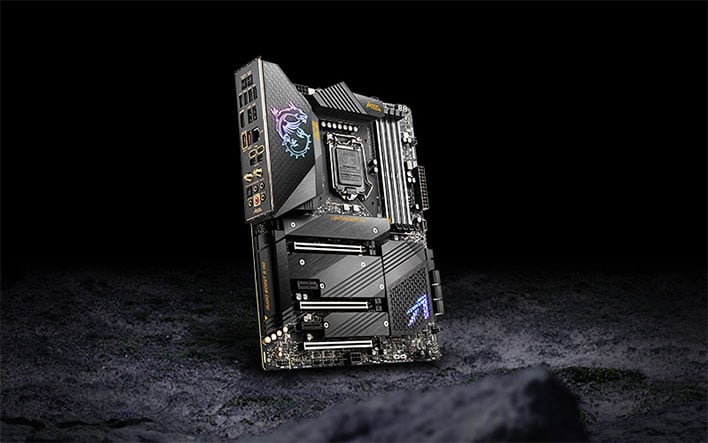 Before you rush out and buy a TPM chip, make sure it is absolutely needed. And even if it is, I'd suggest waiting until Windows 11 is actually out, because who knows if Microsoft will change the requirement(s) by then. Additionally, there's no sense in paying a huge premium for one—there's a good chance suppliers will crank out more chips, if the demand is there.
You probably don't need one anyway. MSI shared a list of TPM 2.0 ready motherboards for both Intel and AMD setups. This does not necessarily mean a system built around these boards will play nice with Windows 11, as there other requirements. But they do support TPM 2.0 in the BIOS, which is a primary requirement right now.

As you can see, TPM 2.0 is supported on a wide range of motherboards represented by a whole bunch of chipsets, when paired with certain CPUs. Do note, however, that as far as Windows 11 goes, Microsoft does not list support for Intel's 6th/7th Gen and X-series 9000/78xx processors, and AMD's Ryzen 1000 series and Ryzen Threadripper 1000 series (both based on Zen 1). That may change, but as of right now, they don't make the the cut.
Gigabyte

As for Gigabyte, the company confirmed that a wide range of its motherboards also support TPM 2.0, including ones based on Intel's X299, C621, C232, C236, C246, 200, 300, 400, 500 series chipsets, and AMD's TRX40, 300, 400, and 500 series chipsets.
"TPM 2.0 hardware is not a must to pass TPM 2.0 verification. Gigabyte Ultra Durable motherboards are not only known for their world-renowned durability, but also play a leading role in product design, especially when it comes to the TPM 2.0 support in the BIOS," Gigabyte explains. "Lots of Gigabyte Inte® and AMD motherboards can pass the TPM 2.0 verification of the Windows 11 by simply enabling the TPM-related function in the BIOS."
The same deal applies here—motherboard support does not necessarily mean platform support for Windows 11, depending on your processor and other factors.
Biostar
The folks at Biostar also put out a list of motherboards that support TPM 2.0. Basically all of its boards based on a relatively modern chipset make the cut. More specifically... 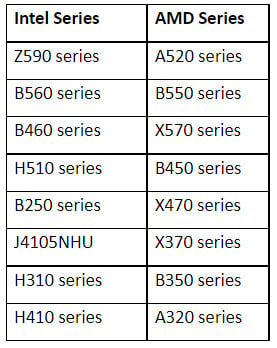 It also sounds like Biostar will be enabling TPM 2.0 by default with the latest firmware updates, if not enabled already.
"Biostar proudly announces a list of their motherboards that support TPM chip version 2.0 and Secure Boot for easy, hassle-free Windows 11 installation. Consumers that own any of the following motherboards from Biostar's current support upgrade list can now use the BIOS default settings to directly upgrade their operating system to Windows 11 without any changes," Biostar explains.
So there you have it.
ASUS
Last but not least, ASUS has put out a list of its own, without any real surprises. Have a look...

"If your existing Windows 10 PC is running the most current version of Windows 10 and meets the above minimum hardware specifications, it will be able to upgrade to Windows 11," ASUS says. "Among above requirements, please do pay attention to the TPM settings on your motherboard. TPM is an international standard for a secure cryptoprocessor that has been around for years. However, it is disabled by default on most motherboards, and that can cause your PC to fail the Windows 11 installation."
As with the others, these chipsets and their accompanying motherboards support Windows 11 when other requirements are met as well.
Hopefully this puts some people's minds at ease. Unless you own a really old system, there's a good chance you can enable TPM 2.0 in the BIOS. And if the rest of your system checks out, you can be off and running with Windows 11 when it ships later this year.