Astronomers Now Say A Chinese Rocket Will Crash Into The Moon, Not A SpaceX Falcon Booster

While manmade space debris is still believed to be colliding with the Moon in early March, what that actual debris is believed to be has changed. Bill J. Gray, who originally linked the debris to a second stage booster from a SpaceX Falcon 9 rocket launched in 2015, has now determined it to be from a Chinese mission launched in 2014.

Based on the original evidence presented late last month from Gray, we reported that an out-of-control SpaceX Falcon 9 second stage booster was headed for a collision with the Moon in March. New reports now indicate that the space debris that will impact the Moon is actually a booster from Chinese rocket Chang'e 5-T1 lunar mission (2014-065B). While what the space debris is may have changed, Gray still insists that the object will indeed slam into the Moon on March 4th, within a few kilometers of the predicted spot, and within a few seconds of the predicted time.

In a post on The Virtual Telescope Project 2.0 website, Gianluca Masi announced, "The last month we have been talking about a Falcon 9 upper stage going to hit the Moon; deeper data analysis now suggests that this space debris belongs to the Chang'e 5-T1 mission, launched in 2014."

Gray's change of mind came after receiving an email from Jon Giorgini at the Jet Propulsion Laboratory (JPL). JPL is a federally funded research and development center and NASA field center in the city of La Cañada Flintridge in California. Gray points out in his statement that while JPL is not in the business of tracking space junk, it does keep careful track of a lot of active spacecraft including DSCOVR, or the SpaceX second stage booster that Gray initially thought was going to slam into the Moon. 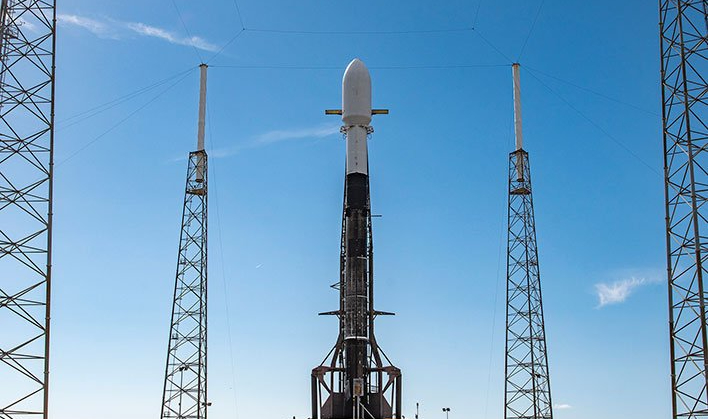 In Gray's statement he said, "Jon inquired about my statement that 'DSCOVR (and this rocket stage with it) passed close by the moon on 2015 February 13, two days after it was launched.' Jon pointed out that JPL's Horizons system showed that the DSCOVR spacecraft's trajectory did not go particularly close to the moon."

He continued, "It would be a little strange if the second stage went right past the moon, while DSCOVR was in another part of the sky. There's always some separation, but this was suspiciously large."
Following the email from Giorgini, Gray said he dove back into his research to see if he had in fact identified the incorrect space object. He states that he had pretty good circumstantial evidence for the initial identification, but nothing conclusive. Gray points out that it is not unusual to not be 100% conclusive on what a piece of space debris actually is. Identifying high flying space junk, as he says, "requires a bit of detective work, and sometimes, we never do figure out the ID for a bit of space junk; there are a couple of unidentified bits of junk out there."

Looking back, Gray says he should have noticed a few odd things about WE0913A's orbit. But until he had received the email from Giorgini, he had not felt the need to look for any earlier space missions that might account for the object. The preceding candidate launch was the Chang'e 5-T1 mission, which launched on October 23, 2014. Gray notes that it is unclear when the booster from Chang'e would have flown by the Moon, but four days following launch would be a good estimate. This places the booster in a close flyby at about the right time, according to Gray.

Additional evidence has been presented by Jonathon McDowell, who has sent orbital elements for an amateur radio cubesat that received a "ride share" with the booster, and Gray says it's a very close match.

It is still not a certainty what space debris is actually going to impact the Moon on March 4th of this year. Gray says, "In a sense, this remains 'circumstantial' evidence. But I would regard it as fairly convincing evidence. So I am persuaded that the object about to hit the moon on 2022 Mar 4 at 12:25 UTC is actually the Chang'e 5-T1 rocket stage."