SpaceX Falcon 9 Rocket Is On Course To Crash Into The Moon, Here's Why NASA Is Excited

The second stage of a SpaceX Falcon 9 rocket that was launched in 2015 is nearing an impact with Earth's Moon. Sky observers believe it will make impact in March of this year.

SpaceX has been steadily sending new satellites into space for its Starlink high-speed internet service. Just last week, a Falcon 9 rocket took 49 more Starlink satellites into orbit. The number of Starlink satellites orbiting Earth has began leaving image trails on some astronomical observations from Earth. Astronomers are worried that as more go up, more will leave a mark on astronomical observations. But it is a Falcon 9 rocket that launched nearly 7 years ago that is about to have an impact on our Moon.

In February of 2015, SpaceX launched it first interplanetary mission, NOAA's Deep Space Climate Observatory. After completing a long burn to reach a transfer orbit, the Falcon 9 rocket's second stage was high enough that it ran short on fuel to make a return to Earth's atmosphere. The second stage also lacked the energy to escape the Earth's and the Moon's gravity, and thus has been following a somewhat erratic orbit since then.

Now Bill Gray, who writes the popular Project Pluto software to track near-Earth objects, believes the second stage of the Falcon 9 rocket is destined to impact the Moon in March of this year. Gray uses data sent to him by other astronomers to make his calculations. He states, "If this were a rock, I'd be 100% certain. But space junk can be a little tricky."

The second stage of the Falcon 9 rocket made a "close-ish" flyby of the moon on January 1st, and then came within 9,600 km from the moon on January 5th. As of right now it is too close in the sky to the Sun for anyone to observe. Around February 7th or 8th, it should be back for another close flyby over Earth's nightside. At which point astronomers should be able to get more observations and allow Gray to compute an improved orbit. He believes the impact will occur on the far side of the Moon on March 4th. 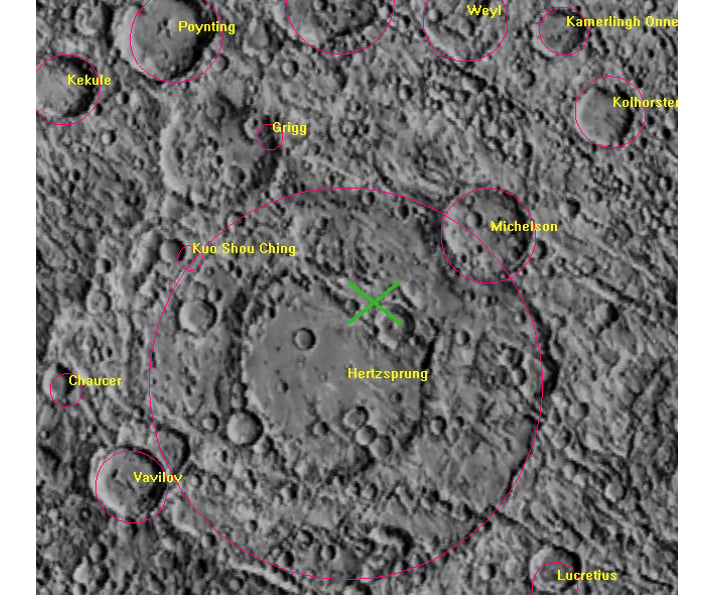 Most often, a rocket's upper stage is sent into a heliocentric orbit, which keeps it away from the Earth and Moon. This is the first unintentional case of a manmade object impacting the Moon that Gray is aware of. NASA deliberately impacted a spent rocket upper stage into the Moon in 2009. The purpose was to collect observations about the impact crater. Scientists are keen to learn more about the presence of ice at the lunar poles. The upcoming Falcon 9 rocket's second stage impact could provide valuable additional data.

The Falcon 9's second stage has a dry mass of about 4 metric tons, and will more than likely impact the Moon at a speed of around 2.58 km/s. Once it returns into view for astronomers and more data is collected, Gray will update his calculations. We will simply have to wait and see if his prediction of a March 4th collision comes to fruition.