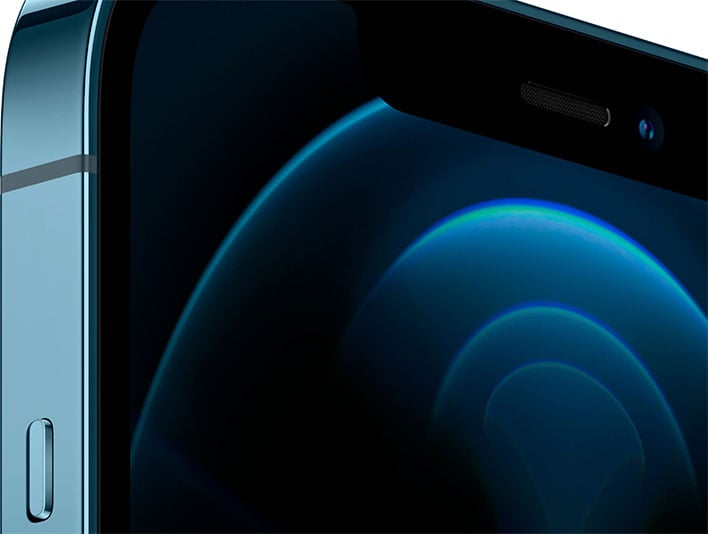 As far as smartphone displays go, it gets no better than Apple's flagship iPhone 12 Pro Max, according to recent test results by an independent display testing lab. A series of varied display tests reveal that the 6.7-inch Super Retina XDR display (an OLED screen with a 2778x1284 resolution and 458 pixel per inch density) on the top iPhone model excels at pretty much everything.
Of course, it should be great, with a price tag that starts at $1,099 for the 128GB model, while jumping to $1,199 for the 256GB version and $1,399 for the 512GB handset. For the same money, you could buy a decent gaming laptop, or both the Xbox Series X and PlayStation 5 (if you could find either one in stock, that is).
But flagship phone pricing is a discussion for another day (Apple is not alone in charging north a grand for its top smartphones). This is about display performance, and according to DisplayMate, a reputable display lab, the OLED screen as implemented on the iPhone 12 Pro Max is the best it has ever evaluated, earning it the firm's highest A+ rating.
En route the perfect rating, the iPhone 12 Pro Max set or matched one shy of a dozen smartphone display performance records. They include the following...
OLED displays have an inherent advantage over LCD screens, and more times than not, they simply look better. And that was on display here (pun intended). That is not to say that other high-end handsets look bad by comparison. Samsung's Galaxy Note 20, for example, also earned an A+ rating, while setting or matching 11 records of its own (not all of them are the same).
One advantage of the Galaxy Note 20 over the iPhone 12 Pro Max is the refresh rate. Samsung's flagship phone can go to 120Hz, which is twice as fast as Apple's best smartphone (60Hz). However, DisplayMate president Dr. Raymond M. Soneira was not put off by the lower refresh rate.
"The iPhone 12 Pro Max display has the standard 60Hz refresh rate, rather than the higher 90Hz and 120Hz refresh rates now being introduced. With the very fast response time of the OLED display, and the very fast CPU and GPU processors on the iPhone 12 Pro Max, the lower 60Hz refresh rate should be fine for most applications," Dr. Soneira said.
Some people will undoubtedly disagree with that assessment, and if I know Apple, it will get around to introducing a faster refresh rate (90Hz or 120Hz) on a future model and hype the heck out of it.
Refresh rate aside, the display on the iPhone 12 Pro Max is not only subjectively great, but also objectively above par, based on these latest test results and data points.