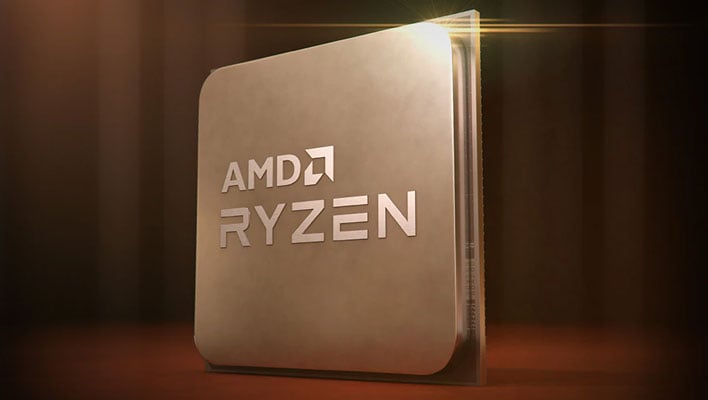 Sure, there are many PC users out there pining for a hard-to-find AMD Ryzen 5000 series desktop CPU to build a new system around, and on the mobile front, AMD's latest generation Zen 3 stack is brand new as well. But even so, the rumor mill remains in full swing regarding what sits further down the road. Specifically Zen 4, along with a codename we have never seen attached to an AMD product before.
That would be "Phoenix," which according to software engineer and prominent leaker Partick Schur, is the codename for AMD's next round of APUs (accelerated processing units). Or as AMD calls them, 'Ryzen Desktop/Mobile Processors with Radeon Graphics' (AMD no longer uses the term 'APU'). Call them whatever you want, this is Zen 4 he is referring to. Here's a look...

The short and simple Twitter post points to two upcoming Zen 4 products—Ryzen 7000 series desktop CPUs (Raphael) and Ryzen 7000 series APUs (Phoenix).
Starting with the latter (Phoenix), Schur is suggesting AMD's eventual Zen 4-based APUs will feature a new FP8 socket. This would presumably be the follow-up act to to Rembrandt, or AMD's Ryzen 6000 series APUs. Here's how things could potentially shake out...
The only thing Schur is attaching to Phoenix is an FP8 socket design, which tells us the codename refers to an upcoming mobile part. Past rumors and leaks comprise everything else we listed in the chart above, save for the Ryzen 5000 (Cezanne) and 4000 (Renoir) series, because those have officially launched.
That said, AMD is rumored to be rolling out support for PCIe 4.0 and LPDDR5 memory with Rembrandt, while Phoenix will presumably also use LPDDR5 memory, but shift to PCIe 5.0, with its Zen 4-based microarchitecture underneath the hood.

As to the manufacturing process, AMD has not really hinted anything up to this point. We don't even know for sure if a Zen 3 refresh (Rembrandt) is in the cards. However, looking at Phoenix, we are confident it will be based on a 5nm manufacturing process. How so? AMD's CPU roadmap for its EPYC server processors has already confirmed its Zen 4 server chips (Genoa) will be built on a 5nm node.
Schur also mentioned Raphael in his tweet, a codename that has shown up before. These Ryzen 7000 series desktop CPUs will introduce a new AM5 socket, along with DDR5 and PCIe 5.0 support, if the leaks and rumors up to this point pan out. The big question, however, is how much of a performance leap AMD's Zen 4 chips deliver over Zen 3 and/or Zen 3+. Time will tell, but rumor has it we are looking at a sizeable 25 percent increase in IPC (instructions per clock) performance.
That would be quite the leap, and not out of the realm of possibility, considering the shift to 5nm and whatever gains DDR5 provides (AMD's Ryzen processors have done well with faster memory up to this point, more so than Intel's processors). Fun times ahead.