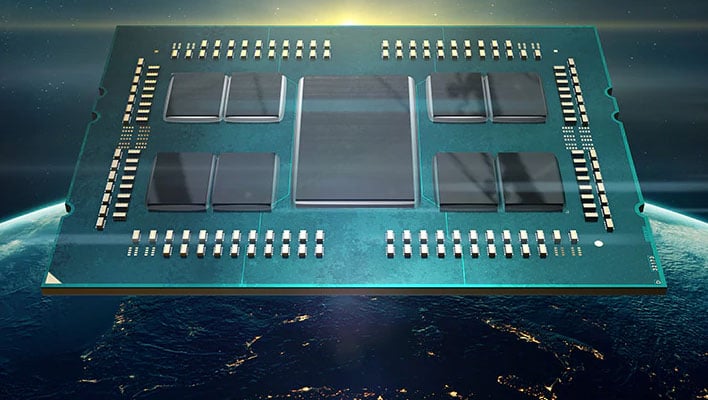 AMD is on one heck of a run with its Zen architecture. The company really hit its stride with Zen 2 (Ryzen 3000 series on the desktop), which helped the company steal market share away from Intel and, just as importantly, gain mind share with enthusiasts. Zen 3 is even better (albeit in short supply at the moment), and while still new, there is already talk about what Zen 4 will bring to the table. According to the latest rumor, Zen 4 will deliver a pretty sizable performance boost.
This has been typical in going from one generation to the next with Zen. As highlighted in our Ryzen 9 5950X and 5900X review, Zen 3 is a force to be reckoned with no matter what the workload (gaming, productivity, content creation, and of course good old fashioned general purpose computing). If recent rumors are correct, however, the jump in performance from Zen 3 to Zen 4 could be even bigger than the jump from Zen 2 to Zen 3.
How big are we talking about? According to the folks at ChipsandCheese, Zen 4 could potentially deliver a gain in IPC (instructions per clock) to the tune of 25 percent. And depending on where clockspeeds land, we could be in line for a total performance uplift of 40 percent, compared to Zen 3.
That may seem overly optimistic—AMD seems to generally shoot for around 19 percent in IPC uplifts these days—but it is also at least plausible. The reason is because Zen 4 represents a shift to a 5-nanometer node. Zen 3 is the second generation of AMD processors to utilize a 7nm node, and going to 5nm next round could indeed result in a bigger performance gain than what we saw this round.
Of course, the new architecture will bring certain tricks and optimizations to the table. But aside from that, the site claims AMD may be able to attain a 5GHz all-core clockspeed, as a result from going to 5nm. The site also claims to have heard from a "trusted source" that a Zen 4-based EPYC "Genoa" engineering sample is already yielding a 29 percent performance gain versus a Milan (Zen 3) CPU with the same core configuration and clockspeed.
As with any leaks and rumors, we have to temper our excitement, because who knows if things will truly pan out this way. From what we have seen from Zen's maturation, however, we are confident Zen 4 will be another hit. Let's also not forget that Zen 4 is likely to embrace faster DDR5 memory (not to be overlooked, as AMD processors have done well with faster clocked RAM), and perhaps PCI Express 5.0 as well.