AMD just unleashed the Ryzen 5000 Series onto the enthusiast community, and the processors have so far lived up to the hype delivering a massive overall lift in IPC. They have proven to be a dominant force that are more than a match for the latest consumer offerings from Intel, and will rule the roost until Intel can counter with Rocket Lake-S.

But AMD isn't about to rest on its laurels. Though Ryzen 5000 is based on the company's Zen 3 architecture that's built on an enhanced 7nm process node, looking further out, AMD will be adopting a new Zen 4 architecture for its next-generation of processors, likely around this time next year. The Street interviewed AMD Executive VP Rick Bergman and asked about Zen 4 and if it would be able to achieve the same 19 percent IPC lift that we've seen with Zen 3, along with an increased clock speeds and higher core counts. 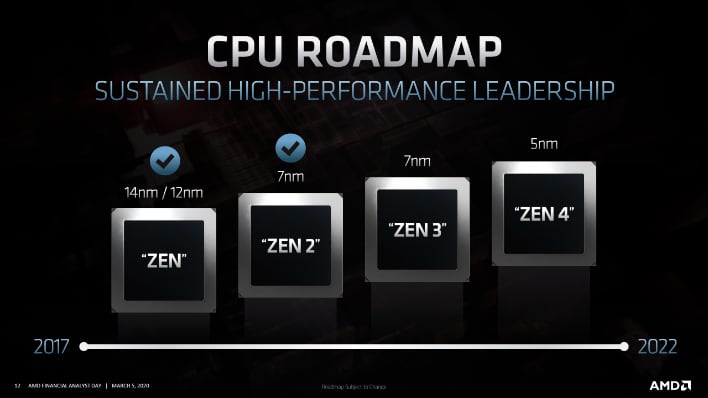 “[Given] the maturity of the x86 architecture now, the answer has to be, kind of, all of the above, said Bergman. "Zen 4 is going to have a similar long list of things, where you look at everything from the caches, to the branch prediction, [to] the number of gates in the execution pipeline. Everything is scrutinized to squeeze more performance out.”

And given that AMD will be shifting to 5nm after two years at 7nm, there are also some other gains to be hand as well, with Bergman adding, “Certainly [manufacturing] process opens an additional door for us to [obtain] better performance-per-watt and so on, and we'll take advantage of that as well.” 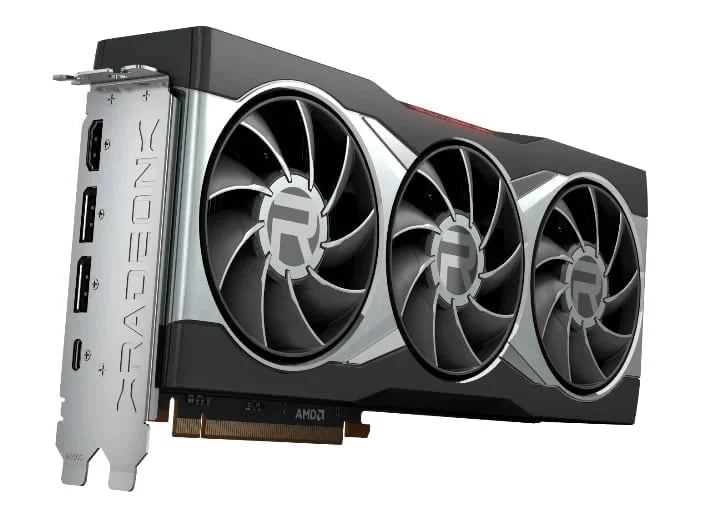 As if that wasn't enough, RDNA 2 GPUs haven't even launched yet -- they're coming next week with the Radeon RX 6800 and Radeon RX 6800 XT -- but AMD already has its eyes on RDNA 3. AMD is promising a 50 percent uplift in performance-per-watt with RDNA 2 while sticking with the 7nm process node, and Bergman was asked if we can expect similar gains with RDNA 3 "if" it also goes to a 5nm node:

Let's step back and talk about the benefits of both. So [we did] target, pretty aggressively, performance per watt [improvements for] our RDNA 2 [GPUs]. And then yes, we have the same commitment on RDNA 3...

On the notebook side, that's of course even more obvious, because you're in a very constrained space, you can just bring more performance to that platform again without some exotic cooling solutions...We focused on that on RDNA 2. It's a big focus on RDNA 3 as well.

We're just scratching the surface when it comes to AMD's Zen and RDNA architectures. Zen was first introduced in 2017, and it looks as though Zen 3 is finally delivering on the promise of besting Intel on everypossible front with no asterisks or "gotchas" to speak of. And if the early benchmarks and AMD's claims about RDNA 2 underlying the Radeon RX 6000 family are true, NVIDIA could very well have the first credible challenge at the high-end of the graphics market in years. In other words, it's a great time to be a gaming enthusiast -- that's if you can actually get your hands on the products...