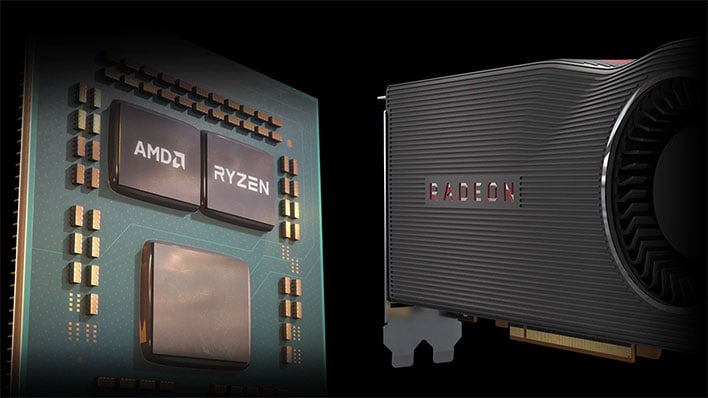 AMD has said a million times that Zen 3 is on track to launch in 2020, though before that happens, there is another Zen 2 product line bound for release. Otherwise known as "Renoir," upcoming Ryzen 4000G series desktop APUs combining Zen 2 CPU cores with enhanced Vega graphics are right around the corner. One of the upcoming APUs—the Ryzen 7 4700G—has been spotting running with a 4.55GHz all-core overclock, and posting some impressive benchmark numbers.
While not official, the leaks and rumors up to this point suggest the Ryzen 7 4700G is an 8-core/16-thread chip with a 3.6GHz base clock and 4.45GHz boost clock. It also features 12MB of cache (8MB of L3 cache and 4MB of L2 cache).
The graphics portion consist of eight compute units (CUs) an 512 streaming multi-processors, clocked at 2.1GHz. This all comes wrapped in a 65W TDP. 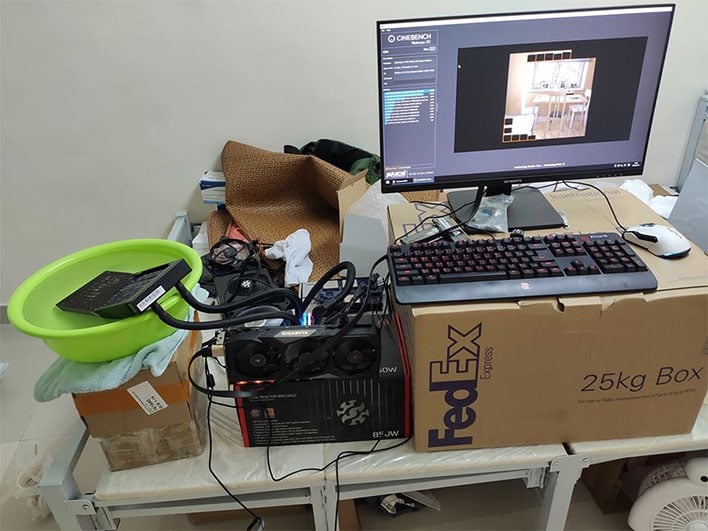 Over on Facebook, ITCooker (via Hifihedgehog) posted some photos of their setup, along with CPU-Z and Cinebench R20 screenshots. It is basically a makeshift, open-air testbed with an all-in-one liquid cooler attached to the processor. The user blotted out the model name, but it appears to be a Ryzen 7 4700G running at 4,540MHz (4.54GHz) across all eight cores. That's not quite as high as the 4.7GHz all-core overclock spotted a few days ago, but impressive nonetheless.

At that speed, the Ryzen 7 4700G scored 5,336 points in Cinebench R20, as shown above. And in Cinebench R15, the overclocked APU posted a multi-core score of 2,325. There's also a Cinebench R15 benchmark run with the chip overclocked to 4.65GHz, where it posts a single-core score of 217.
To put the Cinebench R20 score into perspective, here's how the leaked benchmark run compares to our own hands-on testing of a few other processors...
It comes in ahead of Intel's Core i9-9900KS and AMD's recently launched Ryzen 7 3800XT. Not too shabby, though obviously we can only put so much stock into a leaked benchmark using overclocked specifications.
The upcoming APUs are poised to become intriguing options, particularly for budget builders who want to eschew the cost of a discrete graphics card. It's too bad AMD still has not made the leap to Navi on its APUs, but even so, the Ryzen 4000G series should provide some decent punch in both compute and graphics chores.