It is still too early for AMD to offer up any real details about its next generation Radeon products based on RDNA 3, though in making preparations for the eventual launch, the company has seemingly confirmed two unreleased GPUs: Navi 33 and Navi 31. Both have been added to documentation for AMD's ROCclr, or Radeon Open Compute Common Language Runtime.
Additionally, the update to AMD's open source developer tools also confirm Rembrandt and Van Gogh, codenames for a pair of upcoming Ryzen 6000 series APUs pairing Zen 3 (Van Gogh) or possibly Zen 3+ (Rembrandt) processor cores with RDNA 2 graphics cores. It's also been rumored that these APU lines will support LPDDR5 and DDR5 memory. 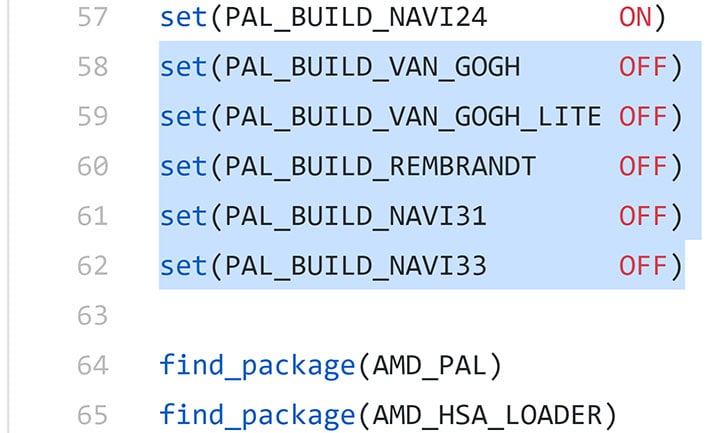 As for AMD's next generation graphics architecture, the Navi 33 and Navi 31 references on GitHub do not provide any details about the specifications. However, referencing in developer documentation can be viewed as AMD reiterating what company CEO Dr. Lisa Su said a few weeks ago.
"Our engineering teams are aggressively driving our product and technology roadmaps to continue setting the pace of innovation for high-performance computing," Dr. Su said during a recent earnings call. "We remain on track to launch next generation products in 2022, including our Zen 4 processors built with industry-leading 5-nanometer process technology and our RDNA 3 GPUs." 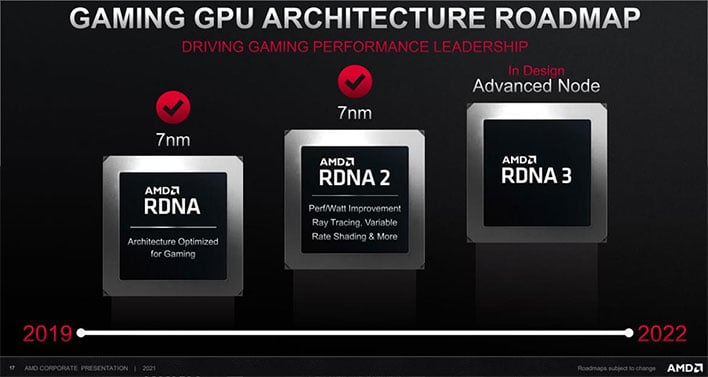 It is expected that Navi 31 will power AMD's highest performing graphics cards within the RDNA 2 range, those being the Radeon RX 7900 and 7800 series. Multiple recent leaks and rumors suggest the Radeon RX 7900 XT will feature up to 15,360 stream processors. It's also been said that AMD could be moving away from its compute unit (CU) arrangement in favor of Work Group Processors (WGPs) with RDNA 3. 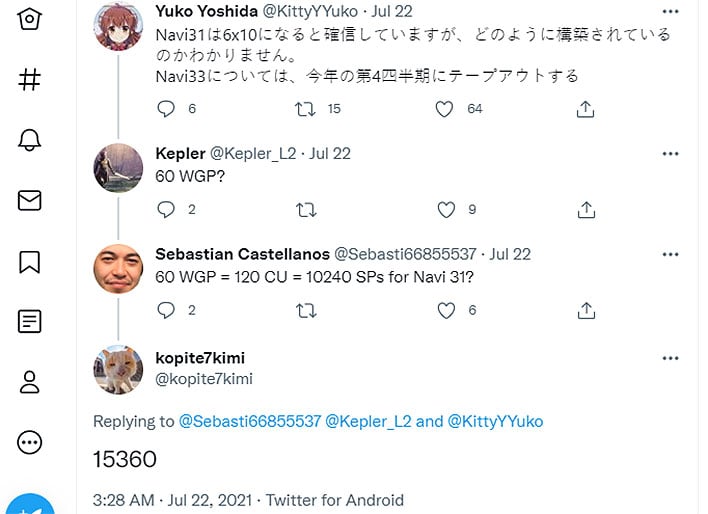 Rumor has it Navi 31 will be configured in a dual-die (multi-chip module, or MCM) design, with each GPU sporting 30 RDNA 3 WGPs, along with 256 stream processors per WGP. These work groups would contain the CUs. Navi 31 could also arrive with a 256-bit memory bus, and an expansion of the Infinity Cache allotment to 256MB or even 512MB.

Navi 33, meanwhile, could power AMD's Radeon RX 7600 series, with up to 20 WGPs. At 256 stream processors per WGP, a fully loaded Navi 33 GPU would feature 5,120 stream processors. We could also be looking at a 128-bit memory bus and 128MB or 256MB of Infinity Cache, for the Radeon RX 7600 XT.
As to the performance lift, AMD hinted that RDNA 3 could bring the goods. AMD executive vice president Rick Bergman had gone on record last year saying the company "pretty aggressively" targeted performance per watt improvements for RDNA 2, and has "the same commitment on RDNA 3." Read into that what you will.