Shopping for a graphics card is far less frustrating than it was just a short while ago, back before the cryptocurrency market crashed and when GPUs sold for outrageously high prices. There are multiple factors playing into today's more reasonable prices. We won't get into them here, but to suffice to say, you can find GPUs for at or even below MSRP. And to sweeten the pot, AMD just announced a new Raise the Game bundle offer. 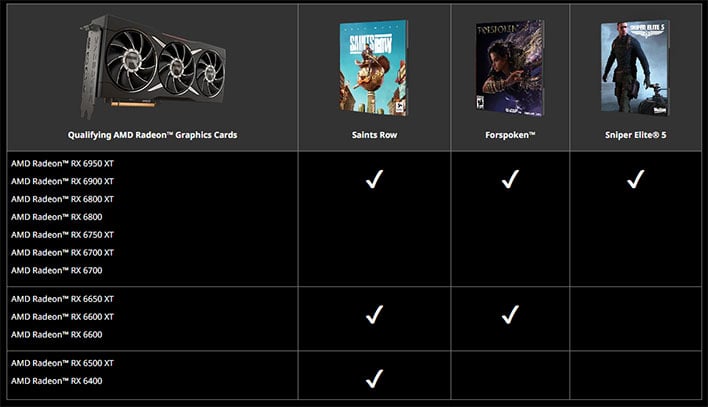 How it works it easy—buy a qualifying GPU from a participating vendor and claim up to three games for free. Those who buy a Radeon RX 6400 or Radeon RX 6500 XT will get Saints Row as part of the offer, Buyers who scoop up a Radeon RX 6600, Radeon RX 6600 XT, or Radeon RX 6650 XT can claim both Saints Row and Forspoken. And anyone who buys a Radeon RX 6700 on up to a Radeon RX 6950 XT will receive codes for Saints Row, Forspoken, and Sniper Elite 5.
That's not a bad haul, considering that GPUs are more reasonably priced these days. Take for example the XFX Speedster MERC319 Radeon RX 6750 XT Black Gaming that's on sale for $509.99 on Amazon (15% off). The MSRP is $599.99, while AMD's suggest price for a reference mode is $549. The Prime Day discount brings the cost down below both of those values, plus you get three free games. 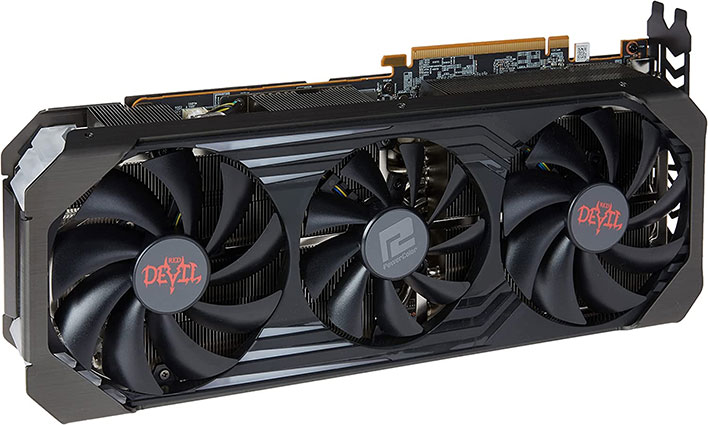 If you want to punch your ticket to the flagship tier, the PowerColor Red Devil Radeon RX 6950 XT is on sale for $1,099.99 at Amazon ($200 off). That's the same price as AMD's suggested cost for a reference model, and $200 below the MSRP for this custom cooled and factory overclocked model.
This card will run at reference specs in Silent Mode, which call for a 2,116MHz base clock and 2,324MHz boost clock. However, enabled OC mode bumps those frequencies up to 2,226MHz and 2,435MHz, respectively. You're also ensured a premium makeup consisting of a 14+2 phase VRM with DrMos, high polymer solid capacitors, dual BIOSes, and a beefy three-fan cooling solution. Plus you get all three games as part of the Raise the Game promo. 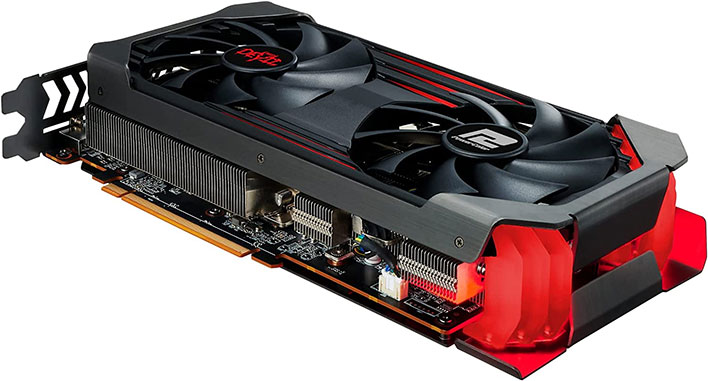 Here are some other Radeon GPU deals...
Some of the bargains are better than others, obviously. But overall, it's a much better situation now than it was a short time ago. You can check out AMD's Raise the Game promo page for more details. Also be sure to check out our roundup of gaming monitor deals, and how to claim 35 games for free.