AMD has been enjoying a good run with its Ryzen family of processors, and has garnered particular praise for its most recent Ryzen 3000 processors. In the tech industry, everyone is always looking forward to the next best thing, and in the case of AMD consumer desktop processors, that means the Ryzen 4000 family.

Not to be confused with the Zen 2-based Ryzen 4000 mobile processor family that officially launched last week, Ryzen 4000 desktop CPUs are based on newer AMD's new Zen 3 microarchitecture. A new report coming from WCCFTech claims that we won't see these processors until October 2020. For comparison, the Ryzen 3000 desktop family launched in July 2019.

This information lines up with AMD's previous statements to us on a conference call about the arrival of Zen 3. AMD wouldn't commit to a specific launch date, but was adamant that the its Ryzen 4000 "client" processors would launch by the end of 2020. There is no particular rush for AMD to get these Ryzen 4000 chips to market, as its Ryzen 5 3600 provides good bang for the buck with a street price of $160, while its 12-core/24-thread Ryzen 9 3900X and 16-core/32-thread Ryzen 3950X are still formidable at the high-end of the consumer desktop CPU market.

According to the report, AMD's next-generation RDNA 2 "Navi 2X" graphics cards will also ship in October. That would make this 2020 launch similar to last year's when the first round of Ryzen 3000 desktop processor and Radeon RX 5700 Series graphics cards both launched on July 7th, 2019. 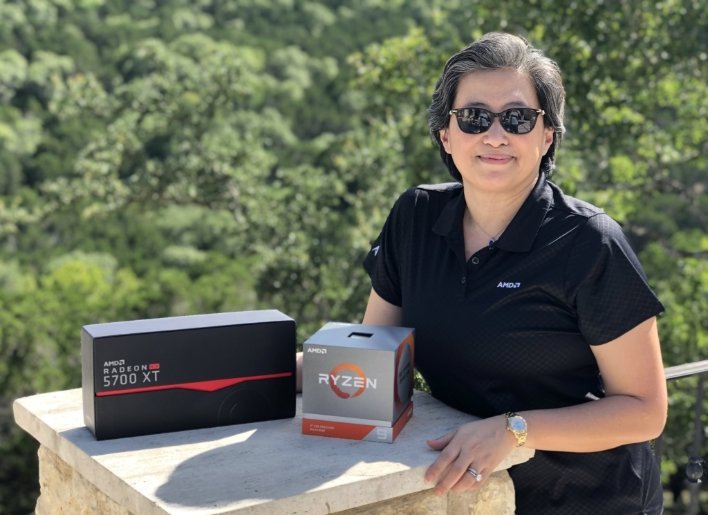 Even though RDNA 2-based Radeons will still be based on the 7nm process node (albeit refined), AMD is still quoting a 50 percent uplift in performance-per-watt compared to RDNA and "uncompromising 4K gaming" performance for its "top-of-stack" GPUs. To compete in this high-end sector, AMD will have to at least surpass the performance of the current flagship NVIDIA GeForce RTX 2080 Ti (which was launched over 17 months ago) and then add then still have some “reserve” left in its tank. We say that because NVIDIA isn't not siting by idly; the company will launch its next-generation Ampere graphics architecture that will underpin the assumed GeForce RTX 3000 series later this year.

Whatever the case, it will be an exciting year for sure in the enthusiast hardware market. Not only will we have Ryzen 4000/RDNA 2 along with NVIDIA's Ampere, but Intel has at least one major desktop processor refresh on deck. Comet Lake-S 10th generation Core processors are due out at any moment, and Rocket Lake-S 11th generation Core processors are rumored to arrive before the close of 2020 to deliver even greater performance and integrated Xe graphics.