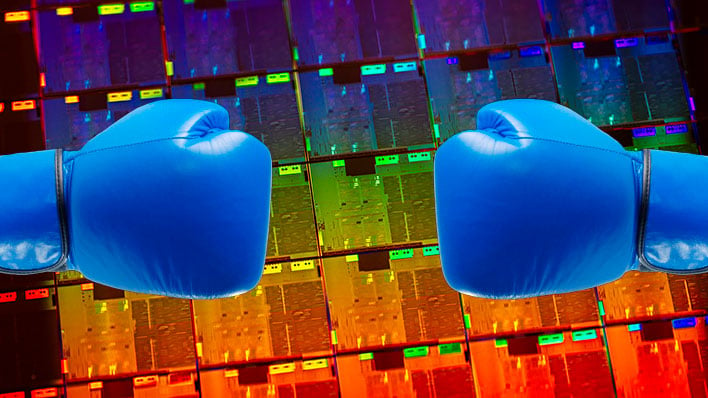 AMD is winning the core wars in the mainstream desktop CPU space (in terms of how many cores/threads are available), while Intel is focused on squeezing as much performance as it can out of its 14-nanometer node, which will see another round with its Comet Lake-S CPUs. How will they fare against AMD's third-generation Ryzen processors based on its 7nm Zen 2 CPU architecture? A fresh benchmark leak may provide us with a hint of what is to come.
The usual disclaimer applies—there is only so much we can garner from a leaked benchmark, for a variety of reasons. Even assuming everything is legit, a single benchmark run falls well short of painting a complete picture. Nonetheless, we can only work with what is out there, and right now that's a 3Mark Time Spy run.
As spotted by Twitter user @_rogame, who can often be found in the trenches of leaked benchmarks, the Time Spy database entry highlights a supposed Intel 10th generation Core i9-10900KF processor. The chip wields 10 cores and 20 threads, and is shown to have a 3.7GHz base clock and 5.1GHz boost clock, along with 16MB of L3 cache. Past leaks suggest it can boost a little higher (5.2GHz) on a single-core via Turbo Boost Max 3.0.
Here is the benchmark entry...

The CPU score is the value that is of interest here, as the Overall and Graphics scores lean heavily on the GPU. As shown in this particular benchmark run, the Core i9-10900KF posted a CPU score of 12,412. That is not very meaningful in a vacuum, though fortunately, 3DMark's database is fleshed out with plenty of other CPUs to compare against.
So, how does it stack up? Well, @_rogame took the liberty of digging up some AMD Ryzen 3900X entries, and here is how the CPU boxing match went... 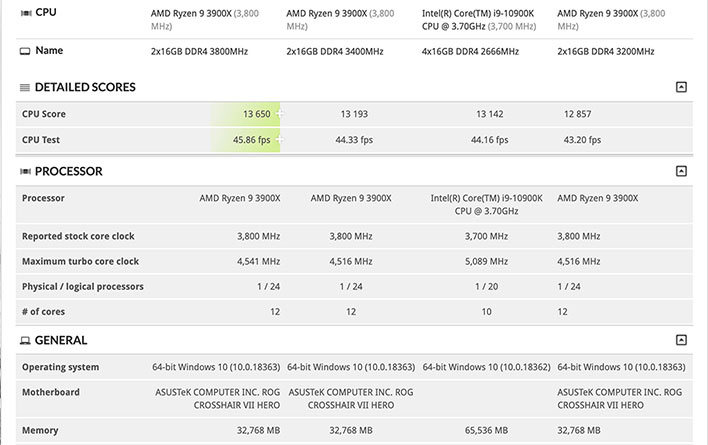