AMD has apparently changed its "Radeon" logo ahead of launching its next-generation GPUs, and namely its so-called Big Navi graphics chip. The slightly altered logo can be seen at the tail end of a PC gameplay trailer for Gearbox's upcoming Godfall, which will be available on both Windows PCs and Sony's upcoming PlayStation 5 console.
What this essentially amounts to is a swapping of the font used for the RADEON lettering (in all caps). The font appears to be the same one AMD has been using (and continues to use) for its RYZEN lettering (also in all caps). Notably, the distinct styling of the "R," "E", and "N" letters are identical in the new Radeon and existing Ryzen logos.
The change was brought to attention by Twitter user Casmoden after the gameplay trailer aired during the PC Gaming Show 2020 event over the weekend. Here is how the Ryzen and Radeon logos looked side-by-side before the change... 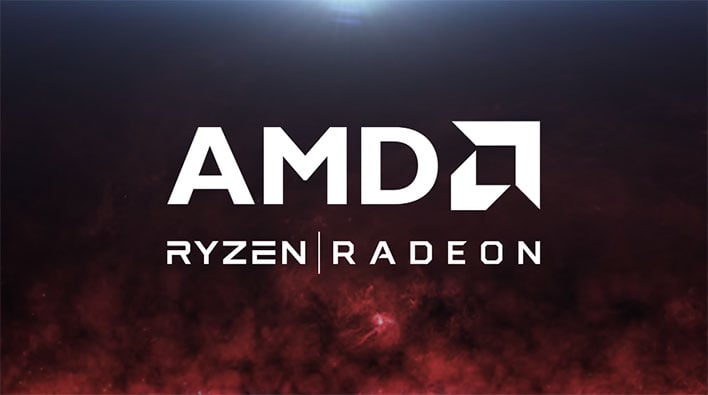 While a font change is a relatively minor development in the grand scheme of things, it is notable because AMD has a penchant for slapping the Radeon logo on its reference graphics cards, like the Radeon RX 5700 and Radeon RX 5700 XT... 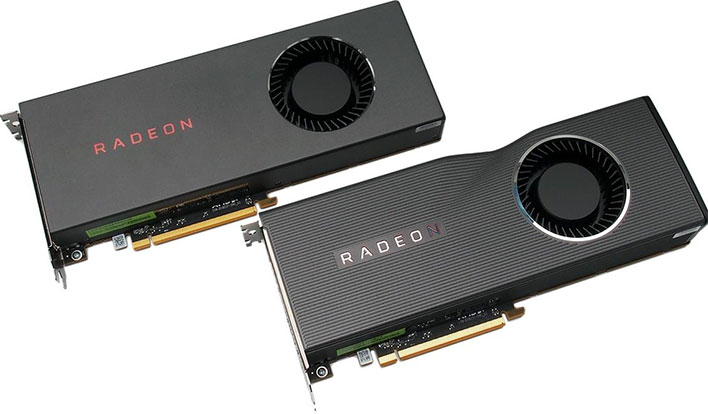 Depending on the direction AMD goes with its next round of graphics cards, we could see the new logo appear on those as well. Those cards will feature GPUs based on AMD's second generation Radeon DNA (RDNA 2) graphics architecture, the same as what will power the PS5 and Xbox Series X when they arrive in holiday 2020.
On the PC, there is a good chance we will see RDNA 2-based graphics cards appear before either nex-gen game console arrives. AMD's chief financial officer, Devinder Kumar, recently hinted as much during a question and answer session at a Bank of America Security webcast.
"Yeah, you know, on the GPU side, we are really taking the same approach to developing, deploying, and delivering a multi-generation roadmap for GPUs that we took on the CPU side. We have the world's first 7-nanometer GPUs for the data center. You know, one of the things on the gaming side is there's a lot of excitement for Navi 2, or what our fans have dubbed as the Big Navi. This will be our first RDNA 2 base product. Big Navi is a halo product, enthusiasts love to buy the best, and we are certainly working on giving them the best," Kumar said.
RDNA 2 will also usher in hardware support for real-time ray tracing, at least on some of the GPUs. Logo aside, it will be interesting to see how Big Navi stacks up against NVIDIA's current generation Turing GPUs, and next generation Ampere GPUs.