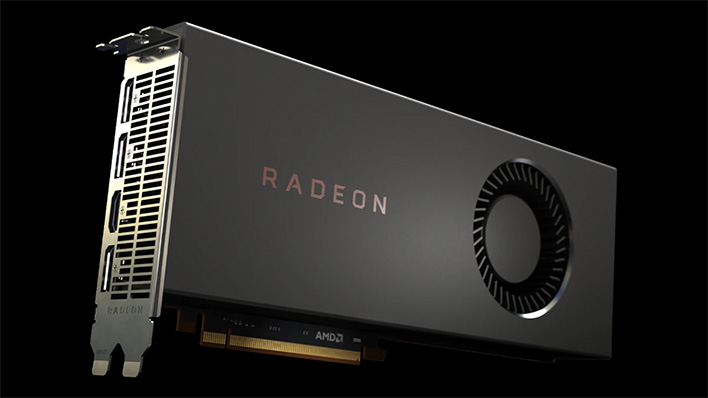 One thing we know for sure is that Big Navi is coming. AMD has not kept this a secret, even going so far as to say it will be a halo product. How it will fare against Ampere remains to be seen, but make no mistake, AMD has every intention of competing at the high end of the graphics market. The question is, will Big Navi arrive with HBM2e or GDDR6 memory? Almost definitely the latter, though the rumor mill is undecided on the matter.
AMD has not shied away from HBM memory in the past, which offers gobs of bandwidth. However, it is generally more expensive than GDDR memory. Combined with potential supply issues, it makes sense to choose GDDR6 for AMD's next-gen GPUs, as NVIDIA will presumably do on its consumer oriented Ampere graphics cards.
Be that as it may, driver code posted at Freedesktop points to AMD's "Sienna Cichild" GPU (otherwise known as Navi 21, or Big Navi) as having HBM memory. As spotted by Videocardz, one of the variants could feature a memory bus of up to 2,048-bit (2*8*128=2048).
If true, that would translate into a pair of HBM stacks, each with a 1,024-bit bus. So, we could potentially be looking at a version of Big Navi with two 8GB or two 16GB HBM2e memory stacks. Maybe, anyway.
The likely destination for HBM2e is Arcturus, which will power AMD's next-generation Radeon Instinct accelerator. As the rumor goes, it would have a 4,096-bit bus, with four stacks of HBM2e memory up to 64GB total.
Would AMD really give HBM2e a go in the consumer sector, though? I'm very skeptical. Likewise, a separate rumor suggests GDDR6 is on tap for Big Navi. This comes by way of a Chiphell forum post by Wjm47196. According to the user's sources, Big Navi will feature 16GB of memory, with it likely being 512-bit GDDR6 memory.