Fueling rumors that AMD is at least mulling, if not outright planning a hybrid future for Zen is a newly published patent outlining a "method of task transition between heterogeneous processors." AMD filed the patent in December 2019. It gets into some of the nitty-gritty details, but the general takeaways is that both AMD and Intel are going to utilize hybrid architectures in the not-too-distant future.
We already know Intel is headed down that path with Alder Lake, which will be out before the end of the year (a launch event will likely take place in late October around the same time Microsoft releases Windows 11, or perhaps in November). AMD has announced any similar plans of its own, but rumor has it Zen 5 will be a heterogeneous architecture as well.
What exactly does that mean? Similar to what Arm has been doing in the mobile space for a long while now, the idea is to combine high performance cores with power efficient cores in the same package, and dole out tasks accordingly. Arm's own branding for this approach is called big.LITTLE (the "big" refers to the high performance cores and the "LITTLE" points to the power efficient cores).
It is important to note that Alder Lake and presumably Zen 5 are not technically big.LITTLE architectures. That is a branding term for Arm's hybrid designs, based on RISC (reduced instruction set computer). However, the general concept is the same, except AMD and Intel are implementing hybrid designs in the x86 space. 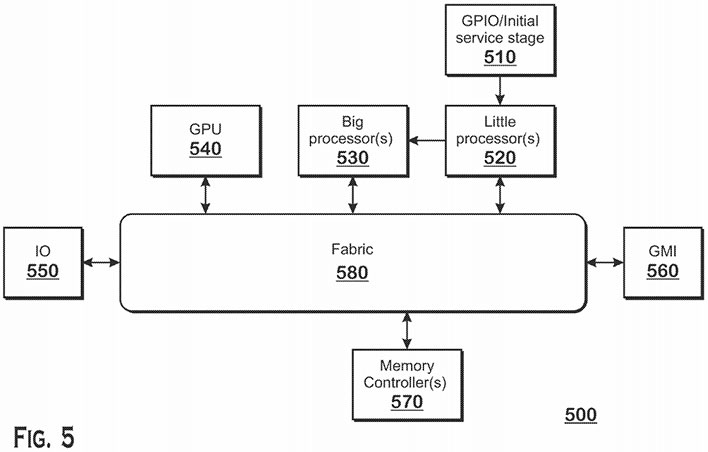 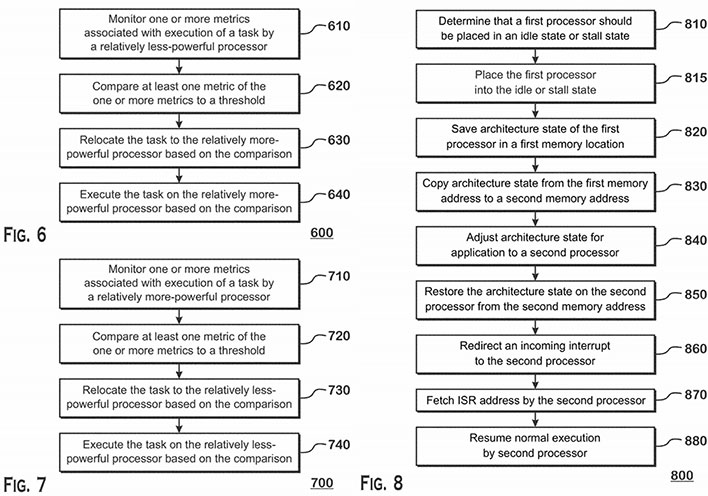 The patent goes on to describe several different examples of how this could be implemented on a technical basis, which involves various criteria (or metrics) for determining when a tasked should be handed over to the more powerful core(s) and when it should transition over to the more power efficient core(s).

Interestingly, the patent also highlights that this does not necessarily have to involve two different types of CPU cores, and instead could entail shuffling tasks between the CPU and GPU.
"Although in some of the examples...a relatively less powerful processor and a relatively more powerful processor are described, any two or more heterogeneous processor may be used. For example, tasks from a CPU core are relocated to a GPU core, or vice versa," AMD states in its patent. "It should be understood that many variations are possible."
Another thing referenced in AMD's task transition patent is a scheduler, though the patent does not go into great detail here. Still, it is interesting because rumors are swirling that Windows 11 will feature big scheduling upgrades designed to work better with hybrid architectures. While nothing has been confirmed, it is at least plausible (and perhaps likely), given that both chip makers are going in that direction.
We have some time to wait before we see if this patent bears fruit. That's because Zen 4 is not a hybrid architecture. This is something AMD is said to be saving for Zen 5, codenamed Strix Point, which will underpin its Ryzen 8000 series in 2024.