Sony's PlayStation 5 Might Be Revealed In February: Here's The Evidence 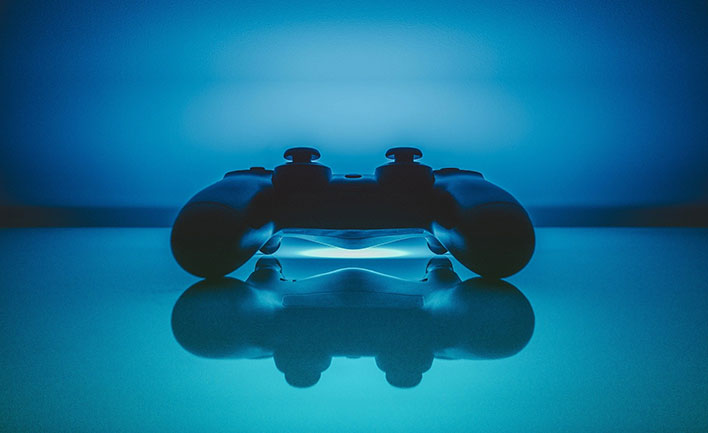 Sony and Microsoft have both been slow playing the details of each company's next-generation game console, the PlayStation 5 (PS5) and Xbox Series X, respectively. They will arrive at retail in holiday 2020 (which means November or December). But will we see a full reveal before then? It's possible, and there is evidence to suggest Sony will reveal its PS5 console next month.
So far, Sony has talked about some of the specifications underpinning its next-generation game console—custom AMD silicon based on its Zen 2 CPU and Navi GPU architectures, hardware-level ray tracing support, solid state drive (SSD) storage, and a few other nuggets. Sony also unveiled the PS5 logo, which looks like the PS4 logo but with a "5" instead of a "4" (big shocker, right?).
Here's where things get interesting (and decidedly unsubstantiated). A person claiming to be an insider posted some details on 4chan (warning: offensive language), saying "more major PlayStation 5 news will be unveiled at a PlayStation Meeting event for the press/media on February 5, 2020." It is said the event will take place at the Sony Hall in New York City.
The supposed leaker also claims Sony will unveil the console design, DualShock controller, UI and home screen elements, specifications, and other features at the event. I'm taking this one with a huge grain of salt, though it's at least plausible Sony could reveal such details next month, especially if it wants to get the jump on Microsoft.

Okie. Here's what I'm hearing from multiple sources. (Just needed to confirm something before sharing.) Sony is not hosting Destination PlayStation, its annual closed event bringing together publishers and retailers. The event will still happen, but hosted by a retailer.

This is not unprecedented territory. As noted by Destructoid, Sony did something similar in 2013 when it unveiled the PlayStation 4. Mike Futter, an author and games journalist, also claims to be hearing from multiple sources that Sony will not be hosting Destination PlayStation, a closed annual event, which instead will be spearheaded by a third-party. Why does this matter? It could be indicative of Sony wanting to focus all of its attention on a PS5 reveal at the PlayStation Meeting event.
Still not convinced? Neither am I, at least not wholeheartedly. However, there is more evidence pointing to a potential February reveal. Patrick Klepek, senior reporter at VICE Gaming, stated in a recent Waypoint Radio interview that Sony will "for sure" be revealing a bunch of stuff.

"Probably next month will be both the---presumably the Xbox and PlayStation events will not be too far behind one another, that would be my guess. So that'll probably both happen next month. I haven't heard much about what Microsoft's doing, so maybe they'll be quiet until E3. But a lot of Sony stuff next month for sure," Klepek said.
It's not clear if Klepek has any inside information or is making a prediction, but the last part of his comment makes it seem as though he knows (or has heard) something.
In any event, stay tuned—February 5 (if that's when this all goes down) is less than three weeks away.