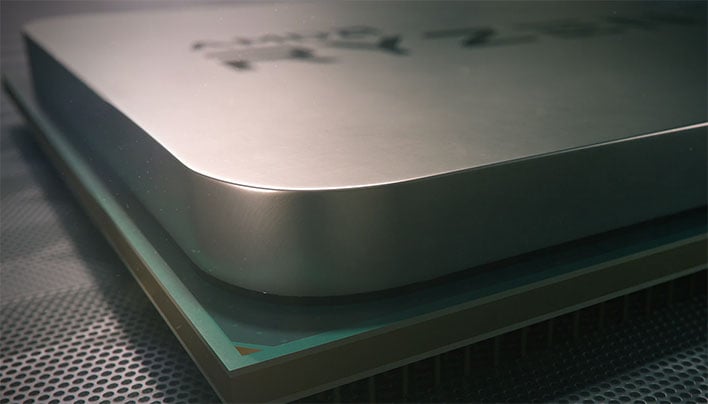 AMD might soon be expanding its 500 series chipset beyond its sole offering, the X570. Over in China, there are rumblings about two additional 500 series chipsets making a debut soon, including the B550 and A520, both of which will represent more affordable options in the motherboard space for new and upgraded builds.
This is not unexpected, given that AMD's 400 and 300 series chipsets both consist of multiple options as well—X470 (enthusiast), B450 (high-performance), X370 (enthusiast), B350 (high-performance), A320 (essential computing), and A300 (small form factors).
As things currently stand, the X570 is the top option for new and upgraded builds in the mainstream desktop space. It offers all the bells and whistles, including PCI Express 4.0 support with double the bandwidth as PCI Express 3.0, oodles of flexible I/O options, more support for USB 3.1 Gen 2, DDR4-3200 support (and higher via OC), and so forth.
X570 motherboards also represent a wide range of price points. Over at Newegg, the most expensive option is the insanely priced ASRock X570 Aqua at $999.99, followed by Gigabyte's X570 Aorus Xtreme for $699.99. Meanwhile, the least expensive X570 motherboard currently listed is ASRock's X570 Phantom Gaming 4 at $148.99, followed by MSI's X570-A Pro for $159.99.
The launch of B550 and A520 should see the field 500 series motherboards expand to sub-$150 and even sub-$100 models, depending on the specific board and features. Details are rather light at the moment, but according to a report in the China Times, chipset design factory Xiangshuo is expected to begin mass producing B550 and A520 parts in the first quarter of 2020, followed by shipments in the first half of this year. We'll have to wait and see what kind of features they support, and how they compare to X570 options.
There is also chatter of a new 600 series chipset entering production in the second half of the year. The X670 would presumably coincide with the launch of Zen 3 processors (Ryzen 4000 series on the desktop, not to be confused with the Zen 2-based mobile Ryzen 4000 series) later this year. It's said the 600 series will be fully PCIe 4.0 compliant, which we take to mean that every tier (X670, B650, A620) will support the faster spec.
It's going to be a busy year for AMD, which is keeping the pedal to the metal.