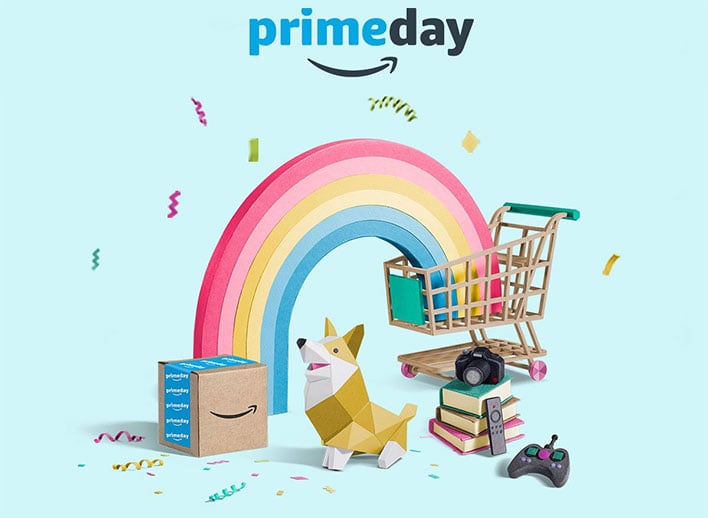 Every since 2015 when Amazon celebrated its 20th anniversary, the online retailer has been hosting an annual Prime Day sales event in July. It looks like that tradition is about to be slightly altered, however, because of the COVID-19 outbreak. Instead of having a Prime Day event this month, Amazon is said to be delaying its annual deals bonanza until October.
That would be an interesting time frame, if it comes to pass. It would essentially extend the Black Friday and Cyber Monday deals season by about a month. Technically, Black Friday sales commence the day after Thanksgiving, which this year would fall on November 27. But in recent years, retailers have gotten off to increasingly earlier starts.
What started as a day of deals followed by a flurry of online discounts the following Monday (known as Cyber Monday) has morphed into an entire holiday season of bargains. So even though postponing Prime Day until October would technically position it a month (or more) ahead of Black Friday, it's likely they would roll into one another, and might even prompt other retailers to follow suit with earlier deals.
Nothing has been officially announced, though according to Business Insider, Amazon has been giving third-party sellers a heads up via email.
"Every year, Prime Day is a huge hit with customers, who enjoy some of the best deals of the year. A definitive date will be announced as we get closer to the event," the email reads.
In a follow-up email, Amazon indicated it would take place in the "first half of October," telling sellers they can "consider this date update final."
The delay is to deal everything involved surrounding COVID-19. As reported cases pile up, it's said the site has seen increased demand for essential items. Amazon had previously made an effort to prioritize items like toilet paper, and it seems right now is not a great time to host a Prime Day featuring sales on a wide assortment of things.
If it happens, the delay would give both Amazon and its marketplace sellers some additional time to prepare for the event.