Amazon's own branded Fire TV have only been on the market in the US for a couple of weeks, but they're already receiving discounts. In fact, every single model is on sale—there are eight SKUs, including seven from its higher end Omni Series and three more from its 4-Series. We wrote about those sales last week, but now Amazon has slashed pricing even further on a handful of models.
That includes two from within its Omni Series. These are the more premium of the two, with the differences boiling down to a metallic frame, built-in far-field voice technology so you can bark out commands by shouting across your living room rather than speaking into the remote (though that's still an option as well), and the addition of Dolby Vision support on the larger 65-inch and 75-inch models.
Neither of those two bigger displays are more deeply discounted, but they are still on sale to an extent. Here's how pricing currently works out...
So what the latest discounts boil down to are bigger savings for the 55-inch and 50-inch models, both of which are now $150 below their MSRPs. Good stuff there. 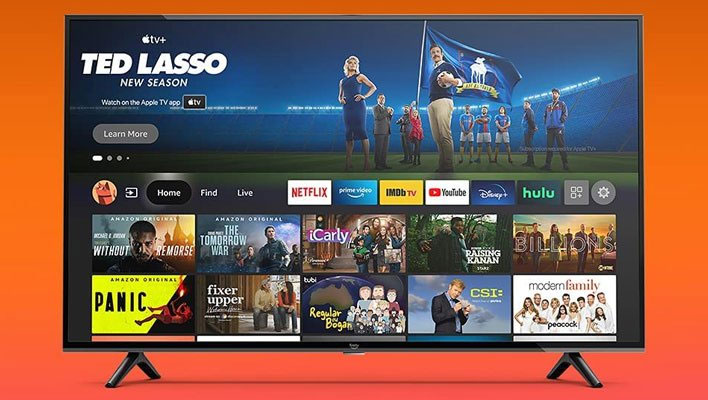 As for the 4-Series, they lack the features highlighted above, but otherwise offer the same 4K resolution, 60Hz native refresh rate, direct LED backlighting, support for HDR 10 and HLG, and port selection (three HDMI 2.0 ports, one HDMI 2.1 port with eARC, and one each of USB and Ethernet connectivity). They also come with the same Alexa Voice Remote.
Two of the three 4-Series models are now more deeply discounted, so here's how it works out...
So for these models, we're looking at adjusted savings of $150 on the 55-inch and 50-inch models. There's a high value proposition on most of the models, save for the 43-inch in both lineups, which actually end up costing more than some of the bigger displays.