Amazon's Own Fire TVs Now Available In The US And Already Discounted, Should You Buy One?

Up to this point, the selection of Fire TVs on Amazon in the US has been served by the likes of Toshiba, Insignia, JVC, and Pioneer. Not anymore—Amazon announced last month that it was debuting its own brand Fire TV models, and those sets are now available in a variety of sizes spanning 43-75 inches at aggressive price points. And they're already on sale, too.

Having more options is always a good thing, but can also be confusing. That's especially true in this case, since the Fire TV branding encompasses a range of devices, including set-top boxes, streaming sticks, and multiple TV lines. As it pertains to the latter, Amazon adds two more to the mix—Omni Series and 4-Series, both under its own name. Let's break it down. 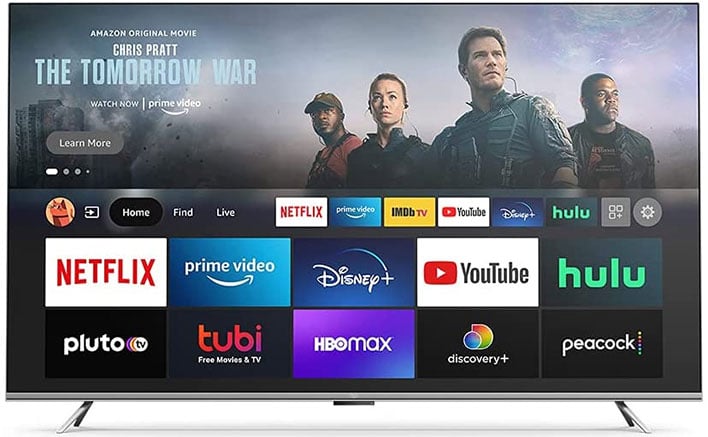 The Fire TV Omni Series is the higher-end of the two, and is available in more size options, including 43-inch, 50-inc, 55-inch, 65-inch, and 75-inch models. They all feature direct LED backlighting, a 60Hz native refresh refresh rate, built-in far-field voice technology for voice control without using the remote, three HDMI 2.0 ports, one HDMI 2.1 port with eARC, USB and Ethernet ports (one each), and HDR 10 and HLG support. In addition, the 65-inch and 75-inch models add Dolby Vision to the mix, and sport a metallic sliver frame. And of course they all have Fire OS built into them for smart chores.

Here's how pricing works out...

Score An Amazon 4-Series Fire TV At A Discount 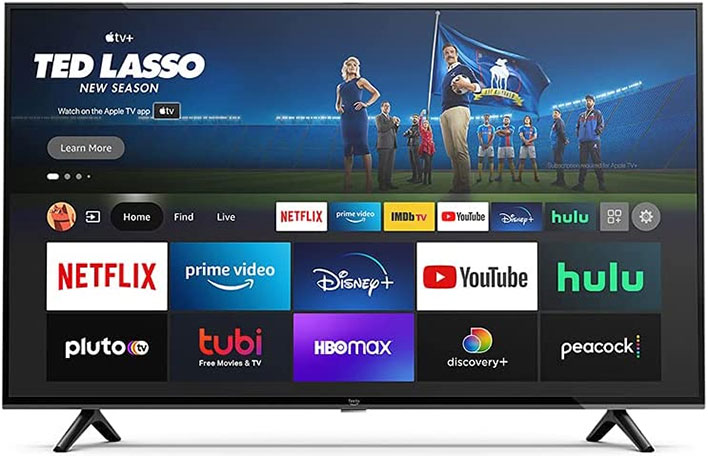 Amazon's new 4-Series Fire TV sets are similar to the Omni series, but lack larger screen options (65-inch and 75-inch) and the Dolby Vision support that comes with them. They also don't have built-in far-field voice technology. Otherwise, the features line up nicely, with these offering 4K resolution displays at 60Hz, direct LED backlighting, HLG and HDR 10 support, and the same selection of ports. These sets also come with the same Alexa Voice Remote, and of course boast Fire TV OS.
Here's the current pricing...
Both the Omni and 4-Series come with a one-year warranty and 30-day device return policy. We haven't spied any of these in person and therefore can't offer an opinion on image quality. But the pricing at least looks nice, as does the overall list of features for what you're paying.
That said, one thing to be aware of is that none of these support Apple's AirPlay feature just yet. However, Amazon said it is adding AirPlay 2 and HomeKit support "soon," so if you buy one of these, be on the lookout for a forthcoming software update.