Somehow or another, Adobe's Flash Player has stuck around way longer than it should have, even though Adobe has already stopped supporting it. Adobe also began blocking Flash content from running in Flash Player this past January and "strongly recommends all users immediately uninstall Flash Player to help protect their systems." Adding another nail in its coffin, Microsoft is getting ready to scrub the Flash Player from Windows 10.
The first effort will commence on June 2021, in which Microsoft will package its 'Update for Removal of Adobe Flash Player' with its KB4577586 cumulative preview update for Windows 10 versions 1809 and later. That will be an optional update, though the same tool will be included in every subsequent cumulative update, which typically arrive the second Tuesday of every month (known as Patch Tuesday).
Then in July, Microsoft will push it out to Windows 10 versions 1607 and 1507, along with Windows 8.1 and Windows Server 2012.
"To help keep our customers secure, Microsoft will remove the Flash component from Windows through the KB4577586 .Update for Removal of Adobe Flash Player'...Additionally, please note that when you update to Windows 10, version 21H1 or later, Flash will be removed," Microsoft stated in a support article.

How To Wipe Flash Player From Windows 10 Manually 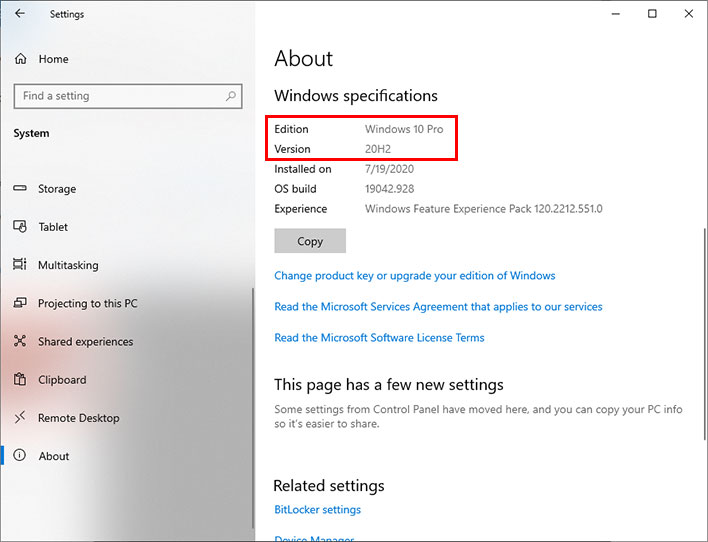 If you would rather not wait, you can remove Flash from Windows 10 by manually deploying KB4577586 through Microsoft's Update Catalog—just find your version of Windows and download the accompanying update. If you're unsure which version of Windows you are running, head to Start > Settings > System > About and scroll down to the Windows Specifications section, as shown above.
Whether you go the manual route or let Windows Update handle things, Flash is going away. Its demise has been a long time coming—over a decade, when former Apple CEO Steve Jobs penned an open letter in April 2010 titled "Thoughts On Flash," in which he railed against the software for its proprietary nature (ironic, eh?), security threats, and poor efficiency with battery life.
For the most part, Flash is no longer needed, thanks to HTML5 and other technologies capable of delivering rich experiences on the web. It was a long run for the web plugin, and it is finally coming to an end.