Xbox gamers know that Microsoft is working on its Project xCloud game streaming service that's expected to launch later this year as part of the Xbox Game Pass. The coolest part about that service is that it will allow gamers to stream titles they would typically play on the console to their smartphone. As Microsoft is gearing up for that launch, accessory makers are also getting ready with controllers meant for use with portable devices. One such controller is this 8Bitdo Sn30 Pro designed for the xCloud game streaming service on Android devices.

The 8Bitdo Sn30 Pro can be preordered on Amazon right now for $44.99 and is available with free Prime shipping on September 21. The controller is arranged as you would expect an Xbox controller to be with a pair of thumb sticks down low, a D-pad on the left, a quartet of buttons on the right, two shoulder buttons, and two triggers under the shoulder buttons. The controller also has an integrated Xbox button and what appears to be a button for switching apps on Android devices along with a menu button. 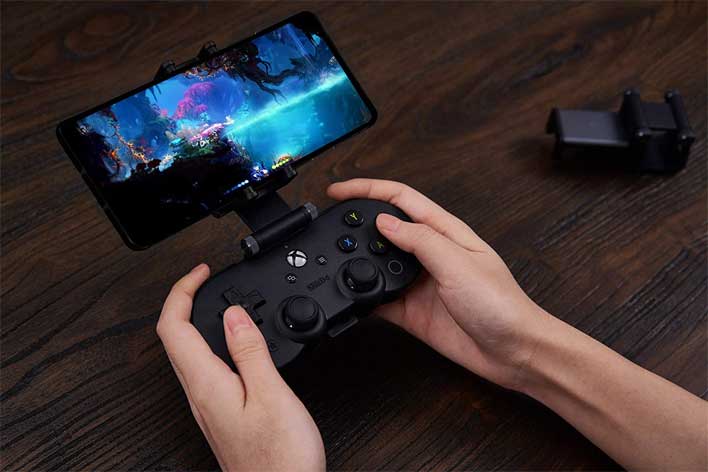 The controller also ships with a removable mobile gaming clip that has adjustable positioning and supports large smartphones. The minimum smartphone width it accommodates is 49 mm, and the maximum is 86 mm. The controller connects to the Android device using Bluetooth and has an internal battery good for up to 18 hours per charge. The controller also supports button mapping allowing users to assign the buttons to whatever control they want.