Thermal Performance - How We Tested The SilverStone PF240 AIO Cooler

To test the thermal performance of the SilverStone PF240 we recorded both idle temperatures while the system was setting at the Windows desktop and used Prime95 to place a sustained load on all cores to push the CPU's temperature as high as possible. We allowed the test to run for one hour before recording our results under load. 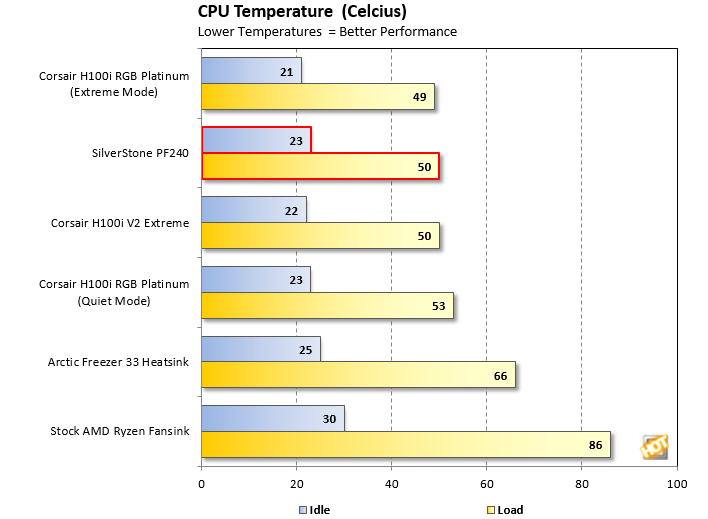 In our testing the SilverStone PF240 is an phenomenal job cooling our Ryzen 2600 processor. The results for the PF240 matched those of both the Corsair AIO coolers we've tested and it performed 40% better than the stock air cooler. 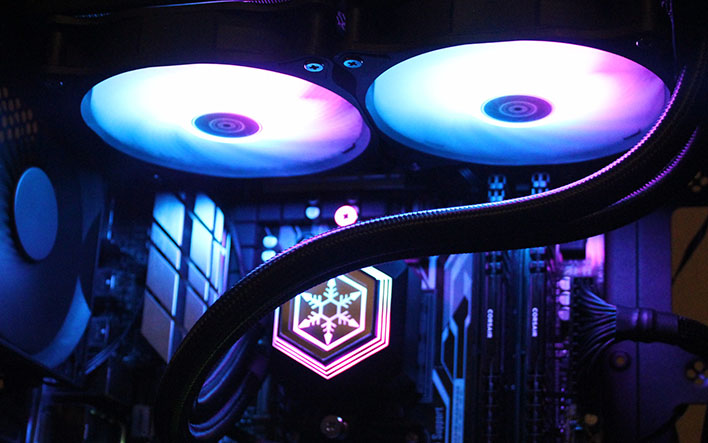 Overall the acoustics were very good with this AIO liquid cooler. We kept the system on our desktop, no more than 3 feet from seating position. At this range the fans were nearly inaudible when idle. Under load the fans became more noticeable, but not to the point where they were bothersome. Compared to the other coolers we tested the PF240 is comparable to the Corsair H100i in terms of fan decibel levels and well below that of the stock AMD Ryzen cooler. We should also point out that SilverStone's fans also push more air in general versus Corsair, the potential for lower heat build-up in certain chassis designs is also generally better as well.

Now that we've seen what the SilverStone PF240 can do, let's discuss if its worthy of your consideration and a slice of your PC build budget.

We've spent a good amount of time with the PF240 and we're mostly pleased with what SilverStone brought to the table here. In terms of performance, the SilverStone PF240 held its own versus some of the best liquid coolers we have tested. It went toe-to-toe with the likes of the Cosair H100i, and was over 40% more efficient that the stock AMD cooler. In our test rig, it managed to keep our AMD Ryzen 2600 processor at 50°C under sustained load, so you'll have plenty of headroom for overclocking. The top-notch thermal performance of the cooler also translates into improved acoustics as well. During our testing the fans were able to keep the processor cool under heavy loads, without having to jump to their 2200 RPM threshold. So, overall the PF240 offers great performance with low acoustics. 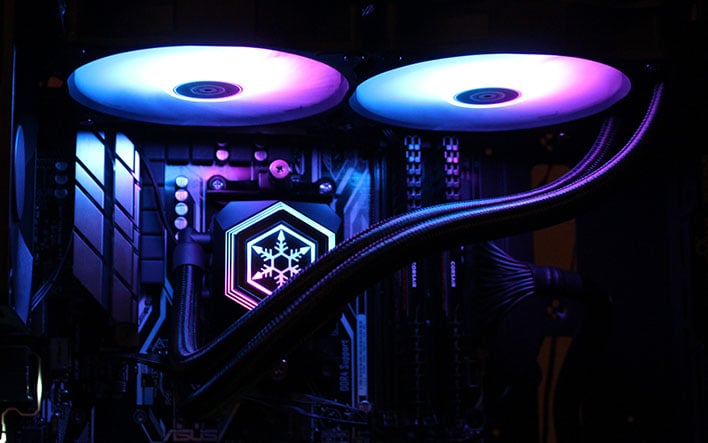 Installing the SilverStone PF240 was also very straightforward. If you have any experience with modern AIO coolers, you'll be familiar with the installation process. However, you'll have to get the installation guide online, as no installation guide is included with the cooler. At first we thought it was possible that was just an oversight of our review unit, but after digging further it just appears SilverStone is intentionally excluding any paperwork here. It's not rocket science to install this cooler obviously, but have mixed feeling about this. For the most part we get it. Not only does this cut down on cost, but it also helps minimize environmental impact. Also, you can easily find the instructions online. Still, most of us just expect and enjoy the instructions to be inside the box for quick and easy reference in the throws of a build.

As far as value goes, the SilverStone Permafrost PF240 series is a winner. Most 240mm ARGB coolers on the market cost between $120 and $150 USD. The PF240, on the other hand, costs just $99.99, which is more inline with standard RGB water coolers. For the price, the build quality of the PF240 is top-notch as well. Both the radiator and tubing are high-quality, and it arrived with no bent fins or cosmetic dings that can sometimes happen in shipping. The only part of the heatsink that felt somewhat lesser-quality was the pump cover. The plastic shroud and glossy mirror didn't quite stand-up to the likes of Corsair and NZXT products. When the system's on, and the ARGB lights are in full effect though, the pump cover look does better and delivers the bling just fine. We come to expect a certain level of quality over the years, so it would have been nice to see SilverStone ditch the cheaper plastic materials of the cover. 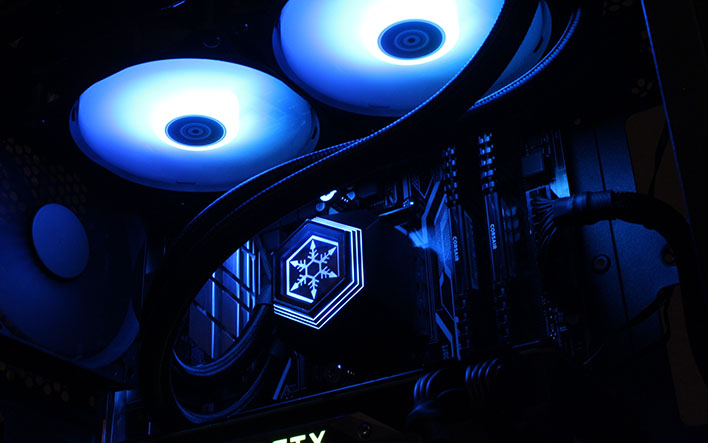 We also felt the same way about the included fan controller. It's just a simple three button hunk of plastic. Half the time we were using it, we had no idea what settings we were changing. It was truly frustrating to find a color setting we liked, only to have it change moments later because we were still apparently in a rotational color setting. It's trial and error to even find out what settings you're changing. After using the controller, we highly suggest you find a setting you like and keep it, or skip it altogether and just go the software route. And frankly, this is all likely just a small inconvenience, since motherboard system lighting control has gotten far more robust and configurable these days.

Overall, there are just a few very small caveats with the SilverStone Permafrost PF240. It's an affordable AIO liquid cooler that has flashy ARGB lighting, great acoustics and outstanding thermal performance. At its current price point of $99.99 it's also an excellent value, if you're looking to save a few bucks over some of the higher-end alternatives out there these days.