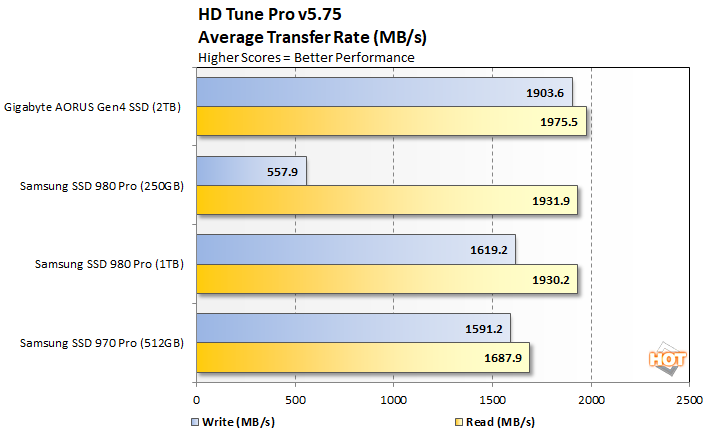 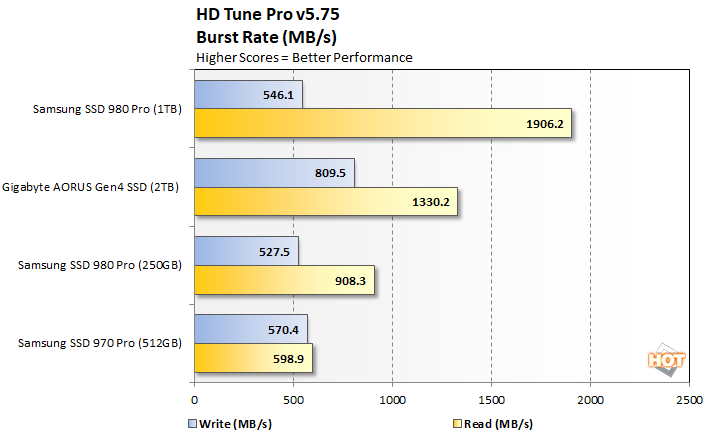 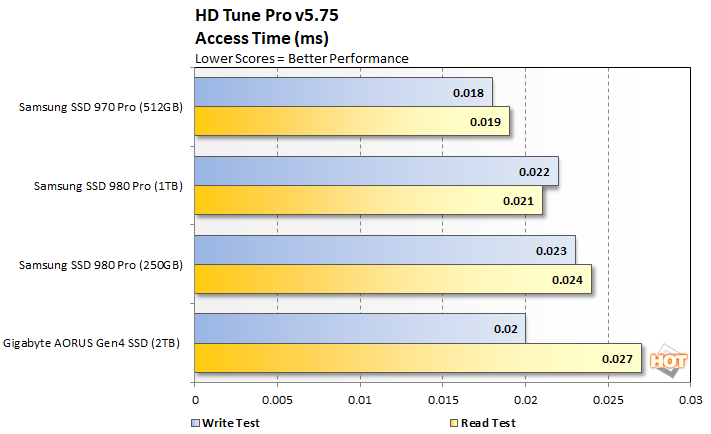 The Samsung SSD 980 Pro's performance in HD Tune was a mixed bag. Average reads were strong, but trailed the Gigabyte Aorus NVMe PCIe Gen 4 drive. The 1TB Samsung SSD 980 Pro's read bursts were very good as well, but latency landed in the middle of the pack, behind the 970 Pro according to the workloads in this benchmark. 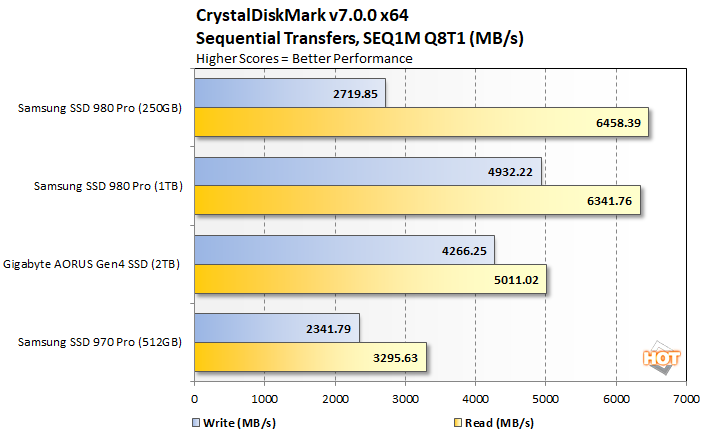 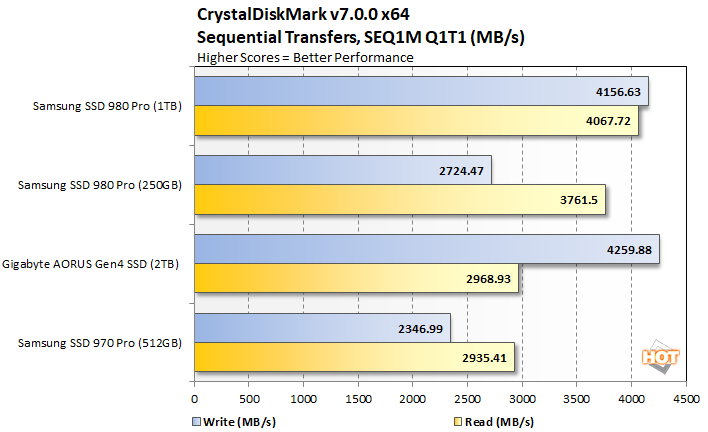 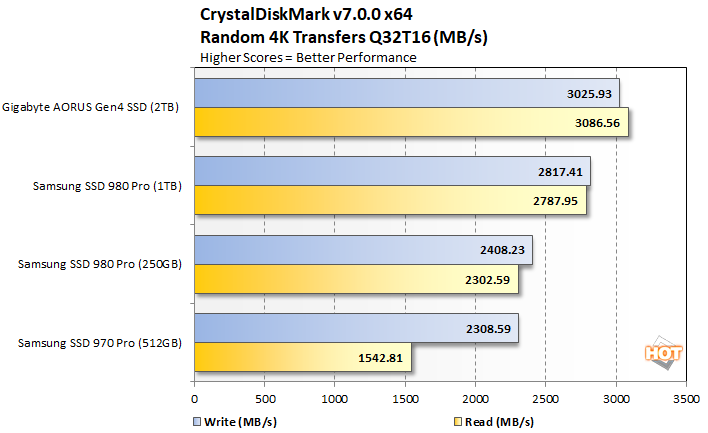 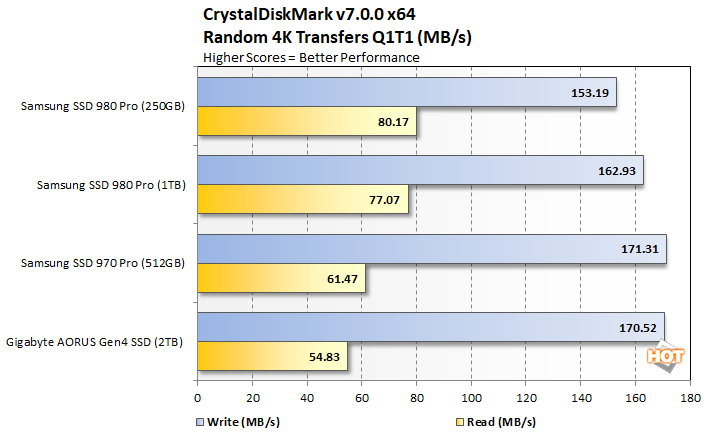 The Samsung SSD 980 Pro drives were top performers throughout all of CrystalDiskMark's various tests, leading the pack in all but the high-queue depth 4K transfer benchmark -- at least with respect to reads. Writes with the 250GB drive trailed the higher capacity drives, as expected. Overall performance was quite good, though.

Although it wasn't a clean sweep across the board, Samsung's new SSD 980 Pro series of drives are arguably the fastest consumer SSDs currently available, for now. The 250GB and 1TB drives we tested offered the best overall read performance we have seen from a consumer SSD to date, especially at lower queue depths, which is key for traditional desktop / mobile use cases. Writes for the 1TB drive are also strong, but the 250GB model's smaller TurboWrite cache means lower average write speeds, at least with larger transfers that will exhaust the cache. For smaller transfers, it's not an issue at all. The trace based tests also had the Samsung SSD 980 Pro's finishing at the top of the heap. 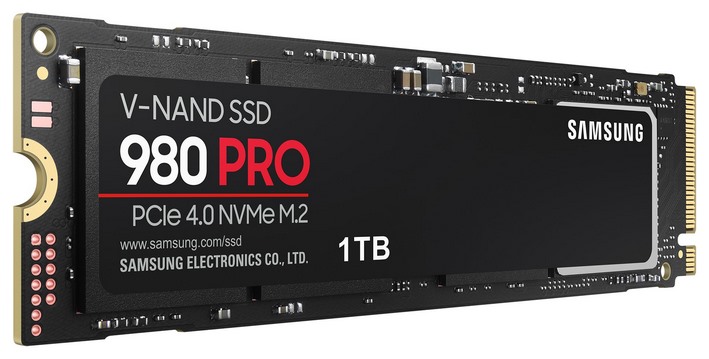 Pricing for the Samsung SSD 980 Pro series is competitive, but lands somewhat at the higher end of the spectrum, as you would expect given their high performance. The 1TB drive has a $229 MSRP, and the 500GB  and 250GB drives arrive at $149 and $89, respectively. Those prices fall somewhere in the middle of the current crop of PCIe Gen 4 NVMe drives, but somewhat higher than most Gen 3 drives. Given Samsung's strong track record in the space and the 980 Pro's strong overall performance, however, pricing is not out of line and we suspect these drives will be just as popular as their predecessors.