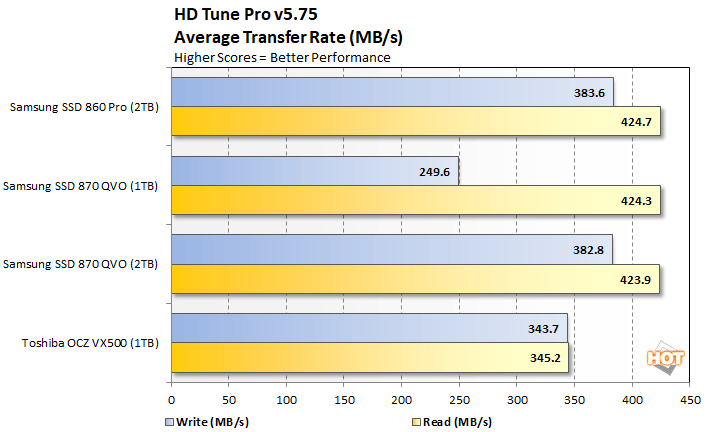 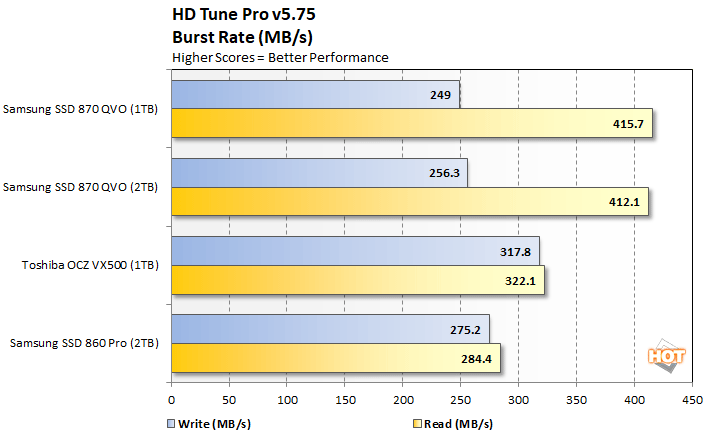 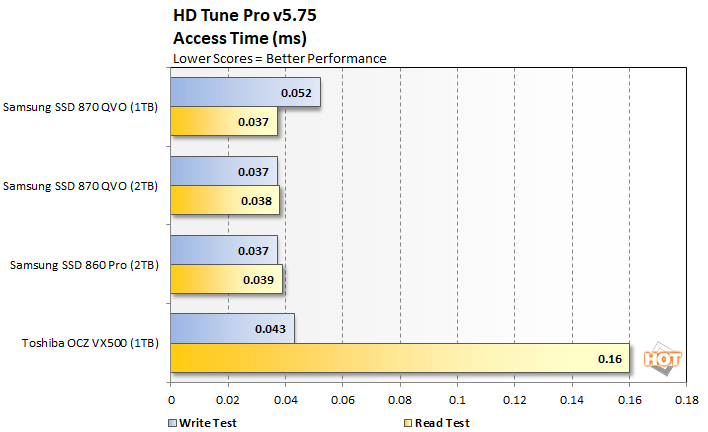 Here we see the 2TB Samsung SSD 870  QVO performing much like the 860 Pro. The 1TB model offers similar read performance, but it's smaller variable TurboWrite cache results in lower average write performance across the entirety of the drive. 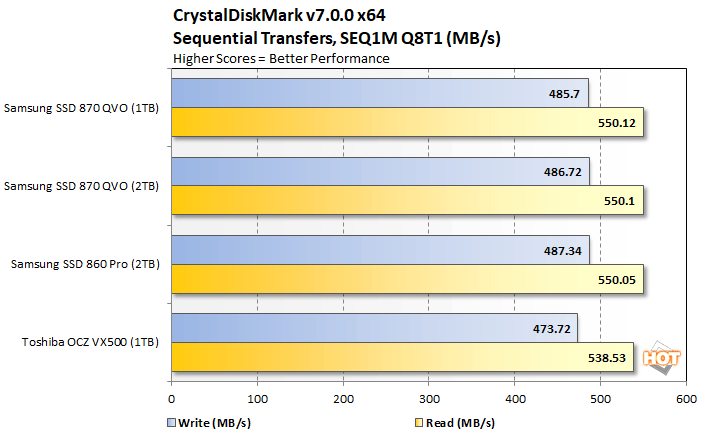 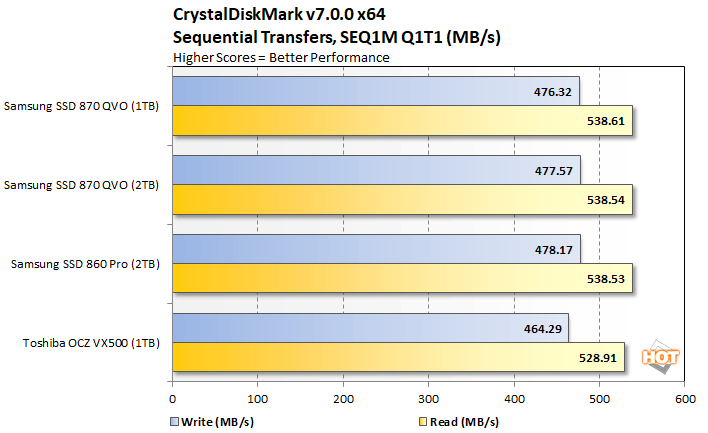 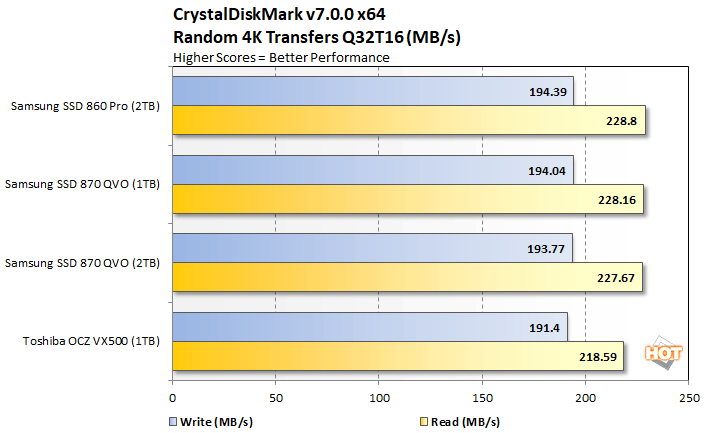 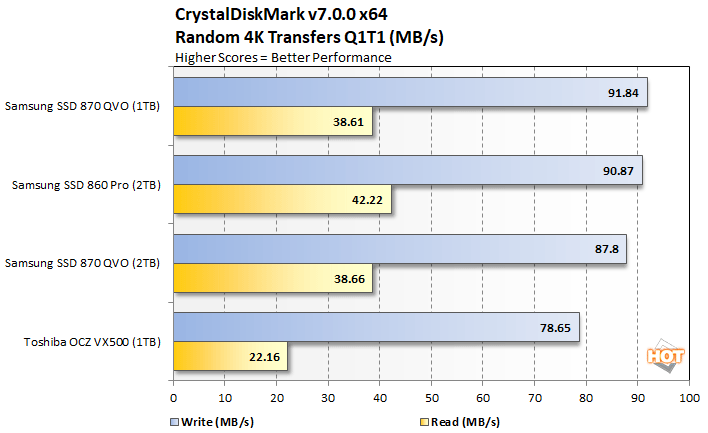 Throughout the various CrystalDiskMark tests, until we hit the 4K Q1T1 test, all of the drives we tested performed similarly, maxing out the bandwidth available over the SATA interface. In the low queue depth 4K test, however, the the Samsung drives inch ahead, with the 870 QVOs sandwiching the 860 Pro.

The newer firmware, controller, and DRAM cache configuration all work together here to give the new Samsung SSD 870 QVO drives an edge over the older SATA drives. The combination of slightly higher bandwidth and average latency push them into the lead. 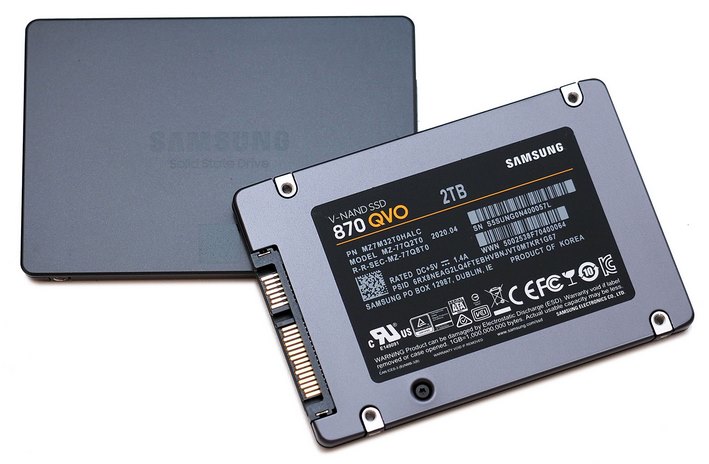 Looking back through the numbers, the Samsung SSD 870 QVO is clearly a strong performer in its class, so a bit of a premium is justified, but there's only so much room for it to differentiate itself from other, high-quality SATA-based drives on the performance front, due to the limitations of the legacy SATA interface. That said, considering how tiny its PCB is inside the drive enclosure, we suspect street prices will trend lower than the MSRP, once volume and availability ramps up. Either way, the Samsung SSD 870 QVO pushes the envelop in terms of capacity and offers competitive performance across the board. If you're in need of a capacious SATA SSD and want something from a highly-regarded brand, filled with some of their latest tech, the Samsung SSD 870 QVO is worthy of your consideration.