You have probably noticed that the Xbox Series X and Xbox Series S look completely different from one another, despite several similarities in the hardware powering each console. Make no mistake, aesthetic decisions was a big part of the design process. So how did Microsoft arrive at two unique looks? Chalk it up to "intelligent geometry," among other things.
The Xbox design team shared with Xbox Wire what went into the design language of each console. After sharing some prototype designs with customers in late 2017, one thing became clear to the team, which is that "gamers were most excited about something that felt new and different, but also easily fit into their homes wherever they played." 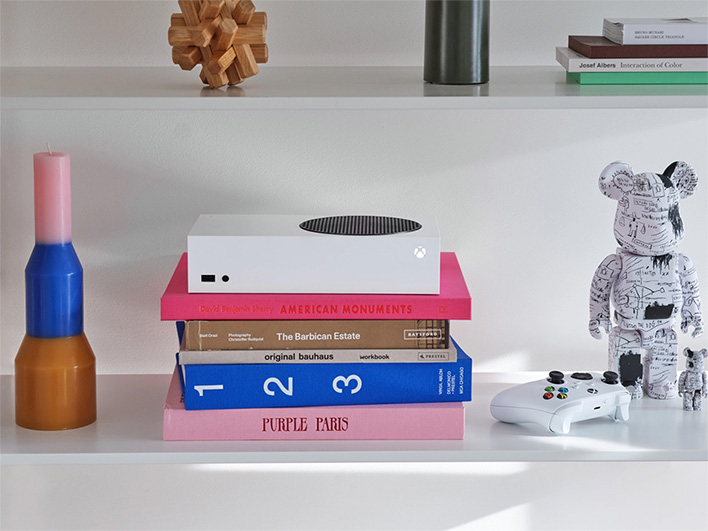 From the design team's vantage point, both consoles are compact and have the "flexibility to be placed in multiple orientations and spaces," including vertically or horizontally (some recent renders put the size of next-gen consoles from Microsoft and Sony into perspective, which would have some people dispute the classification as compact).
"The design process at Xbox has always been deeply rooted in the collaboration between the engineering and design teams. To deliver the most efficient and compact form factors, the teams spent months prototyping and simulating different architectures," said Chris Kujawski, principal designer for Xbox. "It was the combination of that work and an eye to how customers would place the devices in their homes that we landed on two unique and iconic forms." 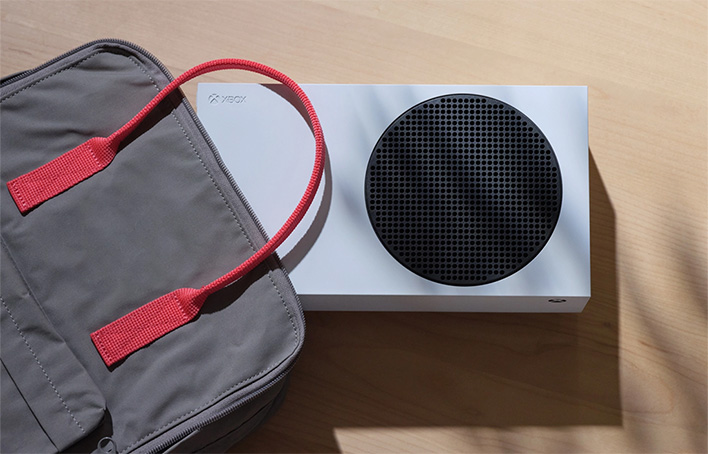 From the pictures shared, the Xbox Series S indeed looks relatively compact, and better suited for sliding into an entertainment center. The design team says it intentionally chose to match the depth of the Xbox Series X, as if taking a slice from that console. In fact, the original ID concept was even nicknamed "Slice" because of this.
The team also says it weight balanced the components so that it would be stable whether situated on its side or stood up vertically. Due to this, it can fit in a much shallower shelf, with just 8 inches of depth needed (including room for the power and HDMI cables). It can also slip into a backpack, the design team says. 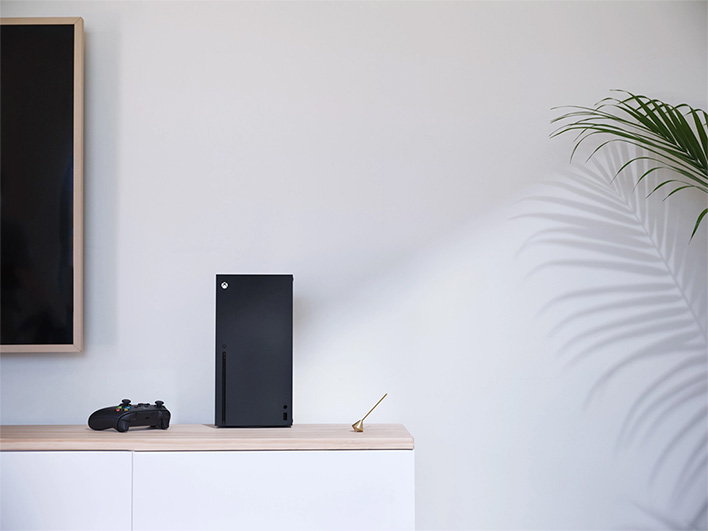 For the Xbox Series X, a big part of the design was dictated by the size of the fan. And of course the team had to take into consideration the components inside "to achieve an almost exact 2:1 ratio of two cubes stacked, which became the basis for the geometric identity of both consoles."
This is all plays into what the design team means when it says "intelligent geometry."
"The Xbox Series X and Xbox Series S are both the result of listening to our fans and designing for them the most optimized consoles to deliver next generation games. We know we have a wide range of customers and giving them choice was critical; we didn’t want them to have to choose whether to get next generation experiences though," said Kujawski added.
What is your opinion of the physical designs? Do you like how one or both consoles look? Share your thoughts in the comments section below!