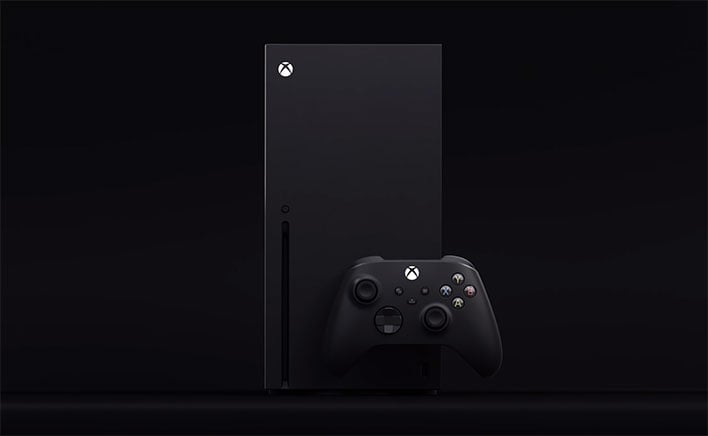 It is going to be a delightful day when Microsoft finally reveals all there is to know about its upcoming Xbox Series X console, though not because I'm excited for its release (which I am, along with Sony's PlayStation 5). The real reason it will be a great day is because we'll finally have clarity on its rumored features and specifications. That includes the mysterious port on the back. What exactly is it for?
That's the big question right now. It is not the biggest one surrounding the Xbox Series X, but it is definitely a point of intrigue. The unlabeled port made a cameo when a supposed prototype build recently mooned the camera. Have a look... 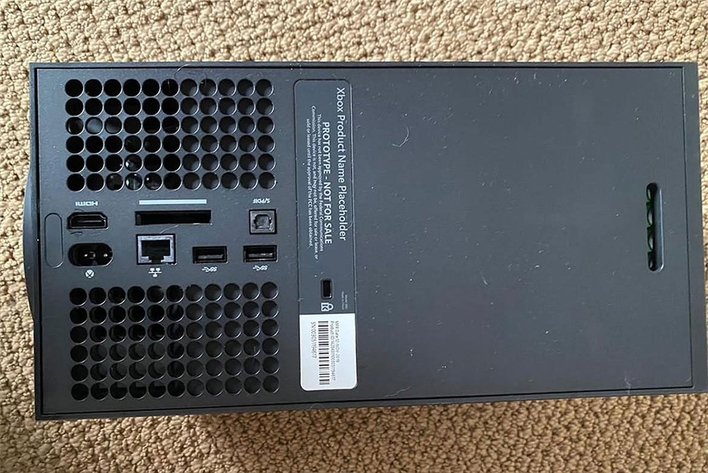 We can clearly see a pair of USB Type-A ports, an RJ45 Ethernet connector, a single HDMI output, an optical audio port, and....well, some kind of rectangular port. At the time the above image first made the rounds, Thurrott surmised it was a diagnostic port that would not make it into the final hardware build. However, the site is hearing something different now.
Sources told the site the port is not actually for diagnostic testing, but for expandable storage. This could end up a key feature, given that games are not getting any smaller. And since both the Xbox Series X and PS5 are going all-in with fast NVMe SSD storage, support for expandable storage could be more important than ever, to keep the cost of the console in check.
USB ports can be used for storage as well, though if Microsoft and Sony are focusing on high-speed storage, it makes sense that there would be a dedicated port for such things. That's the glass-half-full perspective, anyway. If viewing this from a glass-half-empty perspective, a seemingly proprietary port is a way for manufacturers to gauge customers with high-priced storage add-ons.
An interesting side note is that the port might actually be for CFExpress form factor cards. If so, then expandable storage could still end up being a costly proposition. As a point of reference, a 512GB CFExpress card goes for around $600 on Amazon.
The Xbox Series X will be available at the end of the year. A full reveal is expected well before then.