Phil Spencer, Microsoft’s Xbox division leader, recently sat down for an interview in which he gave his wide-ranging thoughts on the gaming industry. While the whole interview was an interesting read, we got some insights into Xbox's present and future plans as a whole. Spencer specifically talked about present competition and the issues of supply versus demand and how that affects sales overall.

When it comes to console preorders (and, frankly, any other preorder) this year, there have been issues of supply meeting the immense demand. Preorders sold out nearly instantaneously, and it was a concern for many. Spencer addressed these concerns complaints during the Shacknews interview. When asked about selling a service over hardware, especially with GamePass, and how that discussion went internally, Spencer replied that there was not a challenge, but it was a little bit of a battle. He also went on to mention that “we still have more public discussion surrounding that,” wherein “people are going to want to look at how many PS5s were sold versus how many Xbox Series S and Series Xs were sold and say, ‘Okay, there's a winner and there's a loser.’” This sentiment, however, is not the right way to look at it, according to Spencer. He claims that “this holiday, supply is going to dictate how many consoles are sold more than demand.” 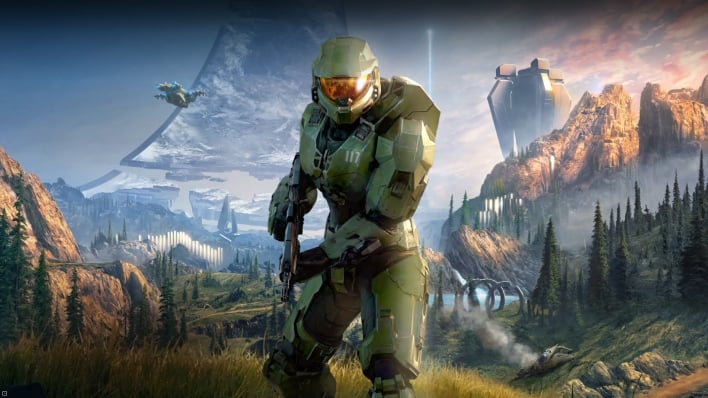 In a later question, Spencer echoed similar beliefs. He was asked about having Halo: Infinite as the game that sells consoles, and the complaint that MIcrosoft's new generation of consoles doesn't have any must-have exclusives like the PlayStation 5. The decision to sell services over hardware relieves games of being the primary motivation for selling consoles, though. Gamers can access any game they want with a subscription and an Xbox console, so it is less important to have a marquee game with a console according to Spencer:

The number one thing that's going to dictate how many consoles we sell is not the competition and it's not a Halo or a launch lineup. It's going to be how many units we can build. So, I think the possibility of Halo Infinite launching beside Xbox was more of a brand and heartfelt moment for us than it was critical to the launch. In fact, you could argue that holiday 2021 from a lineup is probably more important because from a competitive standpoint, both consoles—knock on wood—will have supply so there will be a demand constraint rather than a supply constraint in the next year.

Phil Spencer's belief that the sales will be dictated by production is an interesting one, but it definitely tracks with how preorders have gone so far.  Gamers have been clamoring to get their hands on both new consoles families since their announcement.  Furthermore, people are excited not just for new games, but the capabilities of new hardware and the backwards compatibility built-in. So what does this say about the future of console gaming? Are Spencer's beliefs marking the turning point for how consoles are made and purchased in the future?