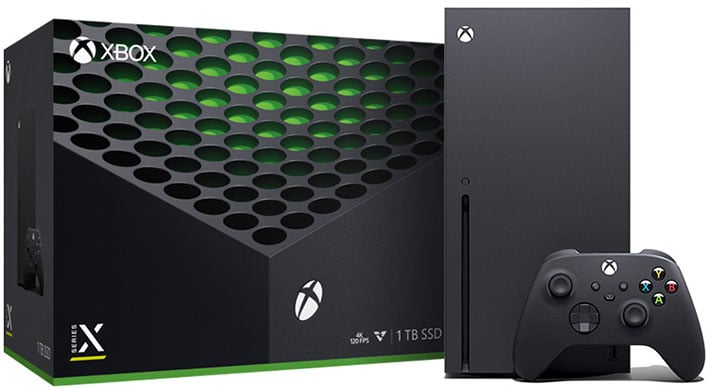 Some of you reading this probably tried, in vain, to order a GeForce RTX 3070 this morning, only to be met with error messages, slow loading sites, and ultimately disappointment. Not that anyone should be surprised—it was always going to be that way, given the excellent bang-for-buck proposition, and how the previous launches went. But there is always the Xbox Series X and Xbox Series S right around the corner, right? Technically, yes. Though if you did not jump on the pre-order train when it rolled down the tracks, you might have a tough time scoring one at a retail store next month, or even in December.
That is not just a hunch, but essentially what Xbox boss Phil Spencer recently said, just not in so many words. What he did say in so many words is that there will be "more demand than supply" for the next-generation Xbox consoles. He even apologized for the situation, which while unnecessary (it's not his fault, after all), is the courteous thing to do.
Console launches typically go this way. There is a wave of demand at the outset that exceeds supply, and then hopefully things settle down a few months later. We will have to wait and see how things play out in the coming months, but in the near future, be prepared to have a tough time getting your hands on one.
Spencer made the comments during an interview on Dropped Frames on Twitch. His appearance begins at around the 2hr12min37sec mark in the video, and it does not take long to get right into the meat of the discussion, and specifically how inventory allocation looks at this point.

"All of our day-one units are at retailers, or very close to that... We've built all of our day-one allocations in. We know what our supply will look like, basically for the rest of the year, just because of the lead times and the hardware. And we are going to have some more demand than supply, and I'll apologize for that in advance," Spencer said.
Spencer added that Microsoft ran out of pre-order inventory within a couple of hours, noting it is unfortunate, but it is the reality of the situation.
"I think we're going to live in that world for a few months, that we're gonna have a lot more demand than we do supply. So on the supply chain side, it's like, what can we do to get more inventory, but most of my energy is focused on the next couple of years," Spencer added.
While some will undoubtedly be disappointed in the early going, Spencer (and by extension, Microsoft) deserves kudos for being transparent, rather than try to sugarcoat the situation. It is the nature of the next-gen beast, whether we are talking about game consoles or graphics cards.
At the same time, Spencer acknowledged that there is angst among some people who missed out on a chance to preorder an Xbox Series X/S, leaving "so many people disappointed, so that's something we've got to think about."
"I think, as an industry, we're going to have to rethink [pre-orders] in some ways, because of the bots and everything else. It's not a great situation. We've been doing debriefs with all of our retailers, asking 'Hey, are there things we can do to make this better'?," Spencer said.
What that solution is will have to wait for the next next-generation, whenever and whatever that might be. In the meantime, it is business as usual.