Ever since NVIDIA CEO Jensen Huang first revealed the GeForce RTX 30 Series earlier this month, excitement around the Ampere-based graphics cards has been incredibly high. So, it should come as no surprise that the launch of both the GeForce RTX 3080 and GeForce RTX 3090 were met with immediate sellouts, much to the chagrin of gamers eager to get their hands on the most powerful 4K (and 8K) capable GPUs.

Whatever the case, there doesn’t seem to be some grand conspiracy by NVIDIA to artificially limit Ampere supply. In fact, according to Tony Tamasi, NVIDIA VP Of Technical Marketing, the company has done everything in its power to provide as many Ampere cards to customers as possible during launch. 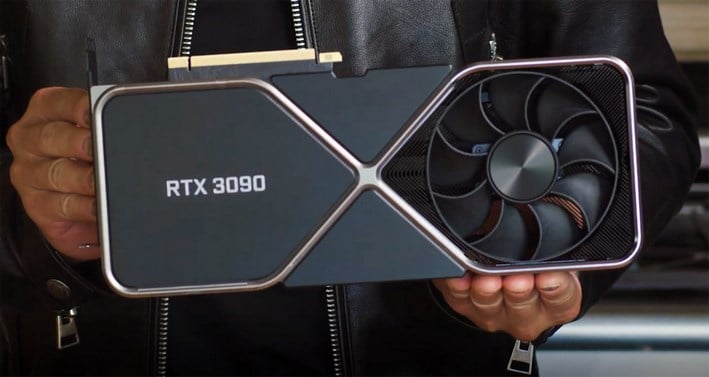 “We had as much or more supply for this product as we’ve had of any product in recent memory,” Tamasi added. This means that in actuality, NVIDIA had more Ampere cards available at launch than it did for the Turing launch two years ago. That is probably little solace for those that haven’t been able to secure a GeForce RTX 3080 or GeForce RTX 3090 yet, but NVIDIA hasn’t exactly been sitting on its hands while all of this has been going on.

Tamasi went on to say that there are still a lot of things that it can to do make things better on its side (especially with regards to its own online sales via its shopping portal) and that yields for Samsung’s 8nm process node have been good. The company is making GPUs as fast as it can, and hopefully, supply will catch up with demand in the coming months. The real test for NVIDIA, however, will be when the GeForce RTX 3070 launches in October. That card is promising greater-than-GeForce RTX 2080 Ti performance at just $499, and is sure to be a must-have purchase for gamers. Will NVIDIA and its partners be able to cope with demand? We sure hope so…