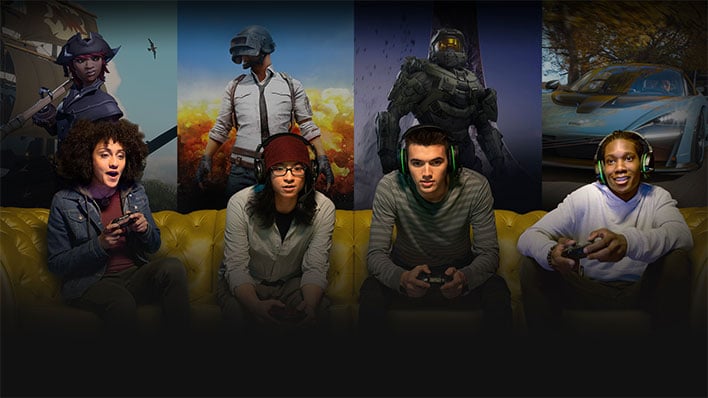 "We are gaining console share, as gamers recognize the value of our broader ecosystem. Xbox Live has more than 100 million monthly active users, while Game Pass now has 18 million subscribers. And, we are transforming how games are distributed, played, and viewed, bringing cloud gaming in Game Pass to iOS devices and Windows PCs over the next few months," Nadella said.
The updated figures come on the heels of a backlash to a short-lived price hike for Microsoft's Xbox Live Gold service. Earlier this week, Microsoft raised the prices of its one-month, three-month, and six-month subscriptions, the latter of which jumped to $60. That effectively pushed the cost to $120 per year, which is double what it was before the increases.
Microsoft received for the move, in large part because of the timing—we are still in the midst of a pandemic, and gaming is one of the ways people are coping with the situation. This prompted Microsoft to reverse course and issue an apology.
"We messed up today and you were right to let us know. Connecting and playing with friends is a vital part of gaming and we failed to meet the expectations of players who count on it every day. As a result, we have decided not to change Xbox Live Gold pricing," Microsoft said.
Pricing for Xbox Live Gold remain at $9.99 for one month, $24.99 for three months, $39.99 for six months, and $59.99 for a full year.
That misstep aside, it's not surprising to see more gamers flocking to Xbox Live and the Game Pass subscription service. The latter is a sort of Netflix-style service, but for games. A regular subscription for PC or console costs $9.99 per month and includes access to over 100 games, as well as member discounts and deals.
There is also a $14.99/month Ultimate tier that covers console, PC, and Android, and also includes Xbox Live Gold, along with free perks like in-game content and offers from Microsoft's partners. EA Play is also being added to the Xbox Live Ultimate mix, on Windows 10 PCs.